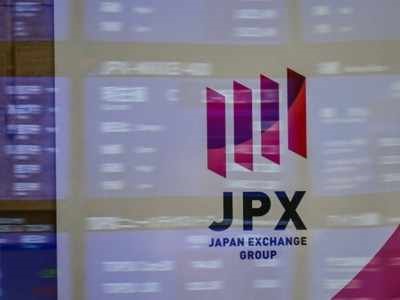 TOKYO: Japanese
shares fell on Monday after Prime Minister Yoshihide Suga said he is
considering a state of emergency for Tokyo and surrounding prefectures to
contain a spike in local coronavirus infections.

Shares of airlines, transport companies, and retailers fell on fears that
travel restrictions and shorter business hours will curb consumer spending and
hurt the services sector.

Japanese shares rallied in the final days of last year to a 30-year high due to
hopes that the approval of coronavirus vaccines would ramp up the global
economy’s recovery from the pandemic, but a record number of cases in Tokyo and
surrounding cities has caused investors to temper their optimism.

“There could be a small correction to 26,000 or 25,500,” said Kiyoshi
Ishigane, chief fund manager at Mitsubishi UFJ Kokusai Asset Management.

“Companies related to services are getting hurt, but manufacturers focused
on overseas demand should continue to do well.”

The underperformers among the Topix 30 were Central Japan Railway Co down
3.12%, followed by Tokio Marine Holdings Inc losing 1.94%.

The stocks that gained the most among the top 30 core Topix names were Daiichi
Sankyo Co Ltd up 2.26%, followed by Nippon Telegraph and Telephone Corp rising
1.95%.

Suga on Monday reiterated a request for some businesses to close early, but on
the positive side he said the rollout of vaccinations could start as soon as
February-end.

There were 23 advancers on the Nikkei index against 200 decliners.
The volume of shares traded on the Tokyo Stock Exchange’s main board was 0.48
billion, compared with the average of 1.2 billion in the past 30 days.