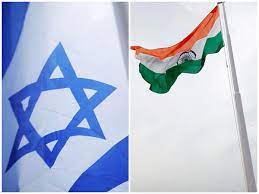 TEL AVIV: India and Israel held the second round of consultations on UN and multilateral issues on 23 May 2022 in Israel.

In keeping with their strategic partnership, the two sides had an in-depth exchange of views on multilateral issues and issues of mutual interest including the situation in the middle east and related to UN Peacekeeping operations in the region. The Indian delegation briefed the Israeli side on India’s priorities at the UN Security Council. The two sides agreed to continue their cooperation in the multilateral fora.