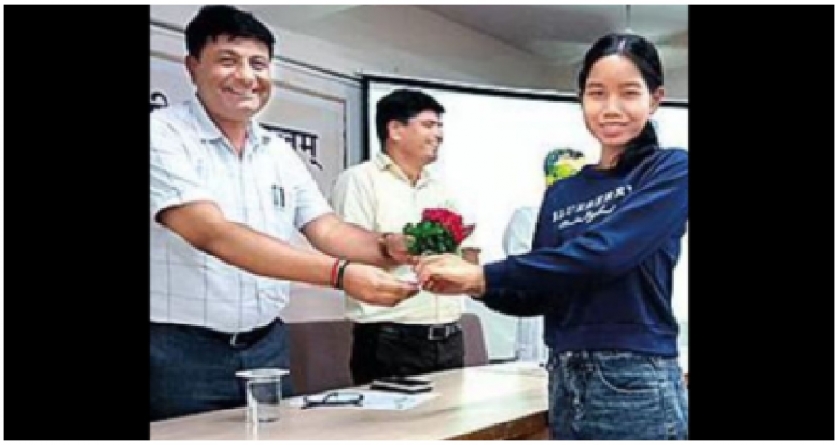 TEHRAN : He loved Bollywood films and Indian songs as a child. On growing up, he got mesmerised by the rich Indian culture. But it was his fascination with India’s ancient and classical language which brought Farshad Salehzehi from Iran to the doorstep of Shree Somnath Sanskrit University in Saurashtra.

Ten months into his bachelor’s degree course, Farshad speaks fluent Hindi which he insists on speaking even as he says it took some massive perseverance to master Devnagri script to write the nearly 3,500 years old language.

“I could understand Sanskrit taught by professors at the university as it is quite similar to Avestan, the old Iranian language. But it was tough learning to write as I could not master Devnagri script. While my professors said they could allow me to write Sanskrit in English script, I realised I did not come far from home to take a short cut.

I persevered and months later I fare very well,” says a happy Farshad.The 40-year-old says that he plans to do his masters and even doctorate in Sanskrit which would open his window to understanding at least three languages– Avestan, Greek and Latin– better.

The SSSU has, for the first time since its inception in 2005, rallied four students from abroad to study Sanskrit.

Two students are set to arrive from Bangladesh pending visa approvals while Ubonsiri Sokri has arrived from Bangkok, Thailand to pursue her masters in Sanskrit. Sokri says she is interested in learning Sanskrit as it is a systematic language. “I am interested in Sanskrit grammar. Even though it’s hard for me, I will work hard to learn this beautiful language,” says Sokri who has taken a fancy to Gujarati meals of roti-sabzi and the hot weather.

Lalit Patel, vice chancellor of SSSU, said that foreign students are increasingly applying for courses at the university. He said that the courses also include studies of Sanskrit grammar, history, astrology, Ved Puran, Vastushastra and more.

“We give personalized coaching to foreign students who demonstrate great passion to learn India’s ancient language and culture. They also learn Hindi to absorb the most,” Patel said.