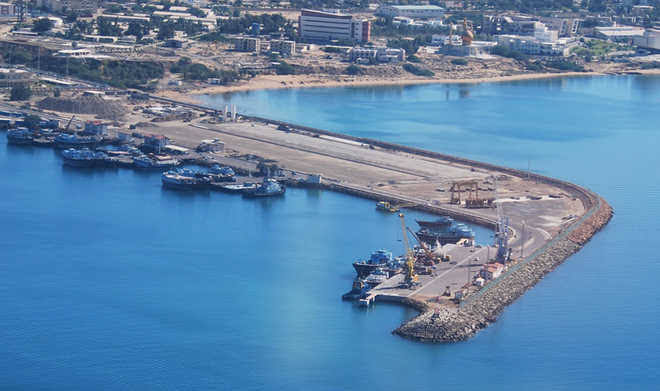 TASHKENT: 1. The second Trilateral Working Group Meeting between India, Iran and Uzbekistan on the joint use of Chabahar Port was held virtually on December 14, 2021.

2. The Meeting was jointly chaired by Dr. Sanjeev Ranjan, Secretary, Ministry of Ports, Shipping and Waterways, Government of India; Dr. Ali Akbar Safaei, Secretary, Deputy Minister and Managing Director, Ports and Maritime Organization of the Islamic Republic of Iran; and Mr. AbdossamadMumenof, Secretary,Ministry of Transportation of the Republic of Uzbekistan.

3. During the meeting, the Indian side made a presentation on the operations of the Chabahar Port and informed that the Indian company, India Ports Global Limited (IPGL), through its wholly owned subsidiary, India Ports Global Chabahar Free Zone (IPGCFZ), took over the operations of the Chabahar Port w.e.f. 24.12.2018. Since then, it has handled 160 vessels, 14,420 TEUs (Twenty-foot Equivalent Units) and 3.2 million tons of bulk and general cargo. The Shahid Behesti Terminal, Chabahar Port has handled shipments and trans-shipments from various countries including Russia, Brazil, Thailand, Germany, Ukraine, Oman, Romania, Bangladesh, Australia, Kuwait, Uzbekistan and UAE.

4. The participants underlined the important role played by Chabahar Port during humanitarian crises as well as in enhancing regional connectivity. They also took note of the increase in transit traffic between Central Asia and South Asia through the Shahid Behesti Terminal, Chabahar Port and discussed further development of transportation corridor.

5. Upon the invitation of the Iranian side, Indian side agreed to send a high level delegation to Chabahar next year. It was decided to hold the third session of the trilateral working group meeting in India at a mutually convenient date.