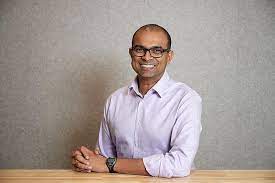 Underlining that the local medical schools continue to be Singapore’s main source of doctors, Puthucheary said the country also supplements its recruitment with foreign doctors to ease the workload in hospitals.

Responding to a question on the expansion of the local medical school intake, Puthuchearuy said that Singapore’s medical schools increased their combined intakes by around 60 per cent, from around 320 in 2010 to 510 in 2019, Channel News Asia reported.

The parliamentary question came about a month after MOH Holdings (MOHH), the holding company of Singapore’s public healthcare clusters, responding to media queries regarding its recent tender on recruiting doctors from India, said that more than 90 per cent of its doctors are local.

According to the tender, which sparked debates online, the plan was to recruit 60 medical officers from India per year until 2024, with the option of a one-year extension.

The company said in a statement that its priority is to recruit locals from the medical schools recognised by the Singapore Medical Council.

Puthucheary also noted that in addition to doctors from medical schools in Singapore, about 200 locals who study or practice medicine overseas are drawn back to Singapore annually.

“In addition, we supplement recruitment with qualified doctors from recognised universities from other countries, to ease the workload in specific departments and hospitals,” the news channel quoted him as saying.