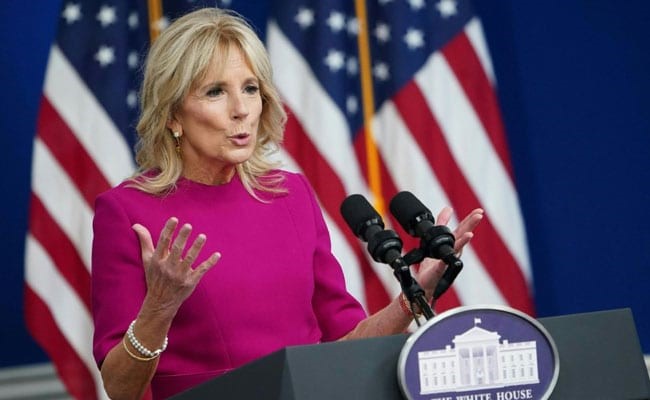 SILICON VALLEY: US First Lady Dr Jill Biden has praised the role of an eminent Indian-American tech entrepreneur and community leader in taking the message of the Biden administration to the public.

The First Lady, during a closed-door meeting with some of the top Democratic Party leaders in Silicon Valley, mentioned the name of Indian-American entrepreneur from Silicon Valley, Ajay Jain Bhutoria, and his contributions.

During the meeting in Silicon Valley last week, she recollected her visit to Mr Bhutoria’s house during the presidential election campaign.

According to those present at the meeting, Dr Biden praised Mr Bhutoria for his strong support for President Biden and the Democratic Party.

Mr Bhutoria, a finance committee member of the Democratic Party, said that President Biden and Secretary of State Antony Blinken and their team are doing great work in leading and keeping the NATO allies together in support of Ukraine.

President Biden has united the world, he said.

“Russia is quite literally shut off from the global economy now. Major credit cards, including Visa and Mastercard, transactions suspended, flights soon to be grounded, most Western airspace restricted, Western businesses pulled out, domestic businesses sanctioned. Russian banks are banned from SWIFT.

Mr Bhutoria said the Ukrainian people are showing the world what it means to fight for freedom.

“Their bravery and heroism are inspiring. Moscow has to pay the price for its unconscionable actions. The attack on Kharkiv is a war crime and now is the time for NATO allies to list Russia as a state sponsor of terrorism. This will further shutdown the Russian economy and punish Putin and his team for war on Ukraine,” he said.

Dr Biden is a community college educator, a military mother, a grandmother, and bestselling author. She has also served as Second Lady of the United States from 2009–2017.