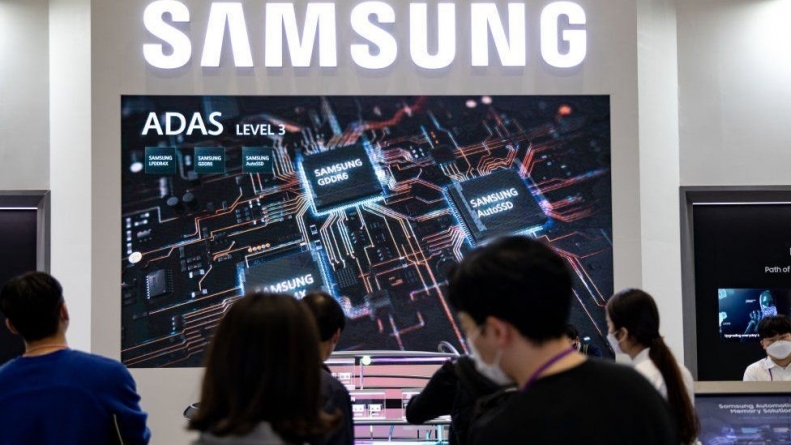 SEOUL: Technology giant Samsung Electronics has said it expects to post a 52% jump in profit for the last three months of 2021, amid the global chip shortage.

That would be its highest fourth quarter operating profit in four years.

The company’s earnings were boosted by strong demand for server memory chips and higher profit margins in its chip contract manufacturing business.

“Samsung is well placed to profit from the record-breaking demand for PCs and electronics,” technology analyst Sam Reynolds told the BBC.

He also highlighted that the firm had benefited from currency fluctuations: “The Korean won continues to depreciate, making Korea’s exports more attractive on the global market.”

However, the estimated profit was lower than the 15.2tn won predicted by many analysts.

Samsung’s spending on such things as employees’ bonuses and marketing for its smartphone business were seen as reasons for it missing the market forecast.

In recent months, the global shortage of semiconductors has been causing major disruptions for manufacturers, from carmakers that have had to suspend production to Apple warning that iPhone shipments would be delayed.

Investors are also watching the company’s chip manufacturing operation in Xi’an, central China. The city has been in lockdown since 23 December due to a coronavirus outbreak.

Samsung said last week that it would “temporarily adjust operations” at its sites in Xi’an but gave no further details of how the measures could impact the production of microchips.

In November, Samsung announced that it had chosen a site close to the US city of Taylor in Texas for its new $17bn computer chip plant.

The plant is expected to be operational by the second half of 2024. It is the South Korean electronics giant’s biggest-ever US investment.