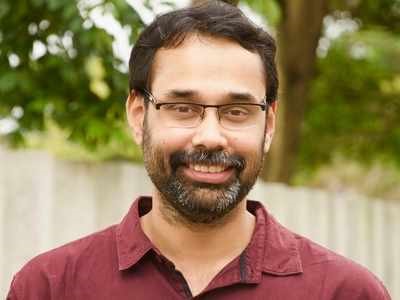 ROME: Prof
Parameswaran Ajith, a scientist with the International Centre for Theoretical
Sciences of the Tata Institute of Fundamental Research (ICTS-TIFR), has been
awarded the inaugural young scientist award for frontier science (TWAS-CAS) in
the physical sciences, by the Italy-based World Academy of Sciences.
The award recognizes outstanding young scientists from developing countries. “I
was fortunate to have many wonderful mentors, collaborators and students who
made my work possible. Modern science is a collaborative enterprise. This is
particularly true in my area of research,” Ajit said.

Ajith’s research spans the physics
and astrophysics of gravitational waves — ripples in spacetime whose existence
was predicted by Albert Einstein a century ago, and first detected by LIGO
observations in 2015. A member of the LIGO scientific collaboration since 2004,
Ajith and his research group at ICTS-TIFR have made important contributions
towards deciphering this Nobel-winning discovery.

His research group has also developed ways to test Einstein’s theory from
gravitational-wave observations and to study the properties of black holes that
produce these waves.

“At ICTS-TIFR, we are immensely proud of Prof Ajith and his accomplishments. This
recognition of his important contributions to the LIGO discovery, is a
particularly singular honour. It is a matter of pride not only for ICTS and
TIFR but also for India, given how competitive this award is,” Prof Rajesh
Gopakumar, Centre Director, ICTS-TIFR, said.

Based in Trieste, Italy, the World Academy of Sciences works to support
sustainable prosperity through research, education, policy and diplomacy in
developing countries. The TWAS-CAS young scientist award for frontier science
was established in 2020 and is awarded to scientists not older than 45 years
old, from developing countries. The first edition (2020) of the award
recognizes achievements in the field of physical sciences.