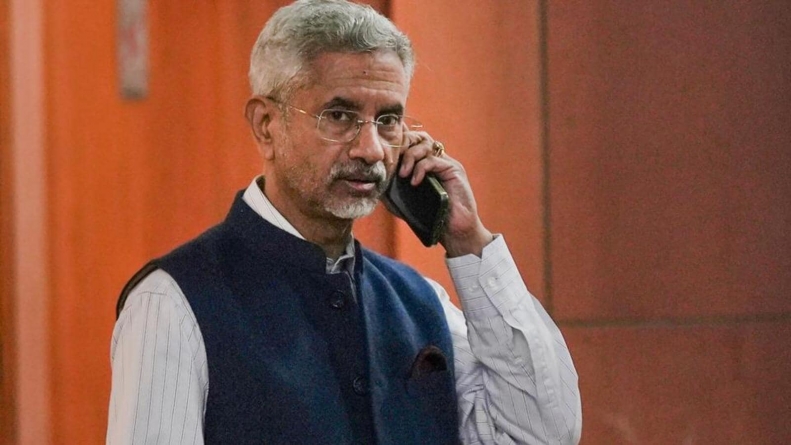 In Cyprus, EAM met with President of the House of Representatives and acting President, H.E. Ms. Annita Demetriou and laid a wreath at Mahatma Gandhi bust next to the Parliament. In their meeting, bilateral relations and regional & international issues of mutual interest were discussed. President of the House of Representatives presented a set of commemorative stamps released by Cyprus post on the occasion of 75 years of India’s Independence and 60 years of establishment of diplomatic relations.
EAM met with his Cypriot counterpart, H.E. Mr. Ioannis Kasoulides. Both Ministers appreciated the excellent bilateral relations and close cooperation between India and Cyprus.
Both sides undertook a detailed review of bilateral ties, including political, economic, commercial and cultural relations. They also exchanged views on India-EU relations, regional as well as international issues of mutual interest.

During the visit, MoUs on Defence and Military Cooperation and Declaration of Intent on Migration and Mobility were signed between the two countries.
RoC became the 111th country to sign the Framework Agreement and 92nd full member country to join the International Solar Alliance (ISA).
EAM addressed the business community in RoC and apprised them about trade & investment opportunities that India offers. EAM also interacted with the Indian Diaspora and appreciated their contribution towards stronger bilateral ties.

In Austria, EAM attended the iconic Austrian New Year’s concert at the official invitation of Federal Minister for European and International Affairs of Austria,
H.E. Mr. Alexander Schallenberg. It was EAM’s first visit to Austria as External Affairs Minister and also the first such visit from India in 27 years. During the visit, EAM met Austrian President H.E. Mr. Alexander van der Bellen and Speaker of Austrian Parliament H.E. Mr. Wolfgang Sobotka. EAM called on Austrian Chancellor H.E. Mr. Karl Nehammer and held talks with FM Schallenberg.
The discussions covered a wide gamut of issues of bilateral cooperation, as well as regional and international issues.
The two sides signed/initialed several agreements, including in the areas of Migration and Mobility which is the first such agreement reached by Austria with any country with whom they have a visa regime and only the second with a non-OECD country., A Working Holiday Programme agreement signed will allow Indians on holiday in Austria to find employment and work without a work permit for up to six months.
Other agreements include the areas of of culture and visa free entry of diplomatic passport holders.

EAM also interacted with the Indian Community in Austria on New Year’s Day where a cultural programme representative of India’s rich diversity was also showcased. EAM engaged with prominent Austrians in the field of foreign and strategic affairs as well as the Austrian media through television and print interviews.