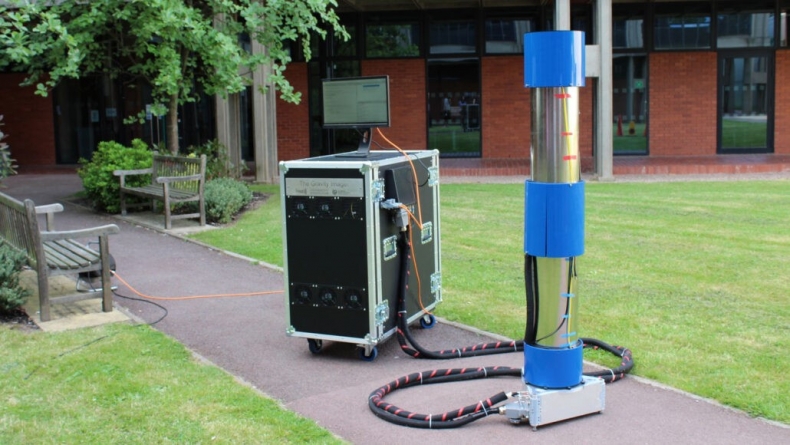 NEW JERSEY: The best way to find buried treasure may be with a quantum gravity sensor.

In these devices, free-falling atoms reveal subtle variations in Earth’s gravitational pull at different places. Those variations reflect differences in the density of material beneath the sensor — effectively letting the instrument peer underground. In a new experiment, one of these machines teased out the tiny gravitational signature of an underground tunnel, researchers report in the Feb. 24 Nature.

“Instruments like this would find many, many applications,” says Nicola Poli, an experimental physicist at the University of Florence, who coauthored a commentary on the study in the same issue of Nature.

Poli imagines using quantum gravity sensors to monitor groundwater or magma beneath volcanoes, or to help archaeologists uncover hidden tombs or other artifacts without having to dig them up.

“There are many tools to measure gravity,” says Xuejian Wu, an atomic physicist at Rutgers University in Newark, N.J., who wasn’t involved in the study. Some devices measure how far gravity pulls down a mass hanging from a spring.

Other tools use lasers to clock how fast an object tumbles down a vacuum chamber. But free-falling atoms, like those in quantum gravity sensors, are the most pristine, reliable test masses out there, Wu says. As a result, quantum sensors promise to be more accurate and stable in the long run than other gravity probes.

Inside a quantum gravity sensor, a cloud of supercooled atoms is dropped down a chute. A pulse of light then splits each of the falling atoms into a superposition state — a quantum limbo where each atom exists in two places at once.

Due to their slightly different positions in Earth’s gravitational field, the two versions of each atom feel a different downward tug as they fall. Another light pulse then recombines the split atoms.

Thanks to the atoms’ wave-particle duality — a strange rule of quantum physics that says atoms can act like waves — the reunited atoms interfere with each other.

That is, as the atom waves overlap, their crests and troughs can reinforce or cancel each other out, creating an interference pattern. That pattern reflects the slightly different downward pulls that the split versions of each atom felt as they fell — revealing the gravity field at the atom cloud’s location.

Extremely precise measurements made by such atom-based devices have helped test Einstein’s theory of gravity and measure fundamental constants, such as Newton’s gravitational constant.

But atom-based gravity sensors are highly sensitive to vibrations from seismic activity, traffic and other sources.

“Even very, very small vibrations create enough noise that you have to measure for a long time” at any location to weed out background tremors, says Michael Holynski, a physicist at the University of Birmingham in England. That has made quantum gravity sensing impractical for many uses outside the lab.

Holynski’s team solved that problem by building a gravity sensor with not one but two falling clouds of rubidium atoms. With one cloud suspended a meter above the other, the instrument could gauge the strength of gravity at two different heights in a single location. Comparing those measurements allowed the researchers to cancel out the effects of background noise.

Holynski and colleagues tested whether their sensor — a 2-meter-tall chute on wheels tethered to a rolling cart of equipment — could detect an underground passageway on the University of Birmingham campus. The 2-by-2-meter concrete tunnel lay beneath a road between two multistory buildings. The quantum sensor measured the local gravitational field every 0.5 meters along an 8.5-meter line that crossed over the tunnel. Those readouts matched the predictions of a computer simulation, which had estimated the gravitational signal of the tunnel based on its structure and other factors that could influence the local gravitational field, such as nearby buildings.

Based on the machine’s sensitivity in this experiment, it could probably provide a reliable gravity measurement at each location in less than two minutes, the researchers estimate. That’s about one-tenth the time needed for other types of gravity sensors.

The team has since built a downsized version of the gravity sensor used in the tunnel-detecting experiment. The new machine weighs about 15 kilograms, compared with the 300-kilogram beast used for the tunnel test. Other upgrades could also boost the gravity sensor’s speed.

In the future, engineer Nicole Metje envisions building a quantum gravity sensor that could be pushed from place to place like a lawn mower. But portability isn’t the only challenge for making these tools more user-friendly, says Metje, a coauthor on the study who is also at the University of Birmingham. “At the moment, we still need someone with a physics degree to operate the sensor.”

So hopeful beachcombers may be waiting a long time to trade in their metal detectors for quantum gravity sensors.