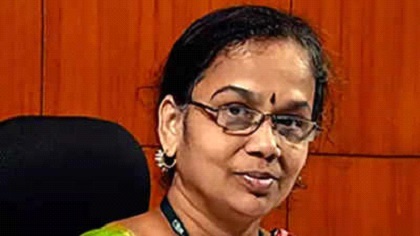 She has been appointed DG, CSIR for two years with effect from the date of assumption of charge of the post, a government order said.
Hailing from Ambasamudram, a small town in Tirunelveli district of Tamil Nadu, Kalaiselvi has risen through the ranks in the CSIR and also became the first woman scientist to head the CSIR-CECRI in February 2019.

She will also hold charge as secretary, department of scientific and industrial research (DSIR) of the science & technology ministry, joining a list of women scientists who have occupied key positions in other organisations including space agency Isro and the department of biotechnology (DBT). Kalaiselvi’s research interests include lithium and beyond lithium batteries, supercapacitors and waste-to-wealth driven electrodes and electrolytes for energy storage and electrocatalytic applications.

She is currently involved in the development of practically viable Sodium-ion/Lithium-sulfur batteries and supercapacitors. Kalaiselvi also made key contributions to the National Mission for Electric Mobility. She has more than 125 research papers and six patents to her credit.

Besides, there are a number of women scientists who handled big-ticket missions in Isro. Muthayya Vanitha and Ritu Karidhal headed India’s Chandrayaan-2 mission as its project director and mission director, respectively. They are currently handling key operations in the organisation.

Another scientist, V R Lalithambika, a control systems engineer who specialised in advanced launcher technologies, was in 2018 picked as the director of the directorate of human space programme to oversee the Gaganyaan project, India’s maiden human spaceflight mission. She retired earlier this year. Besides, Mangala Mani, known as the ‘polar woman of Isro’, was the space agency’s first woman scientist to spend more than a year in Antarctica in 2016.

Other women scientists in Isro, Minal Sampath and Moumita Datta, had worked with 500 scientists to develop complex scientific instruments or payloads for the Mars Orbiter Mission. They are still working on key missions.

Seetha Somasundaram was the programme director of the Space Science Program Office when the Mangalyaan (Mars mission) was launched in 2013. The Mars mission was India’s first interplanetary mission which was majorly led by women scientists in key executive positions.
T K Anuradha, worked with Isro for over 35 years and was the first woman to become a satellite project director at the space agency whereas N Valarmathi was the project director of India’s first indigenously-developed Radar Imaging Satellite, Risat-1.