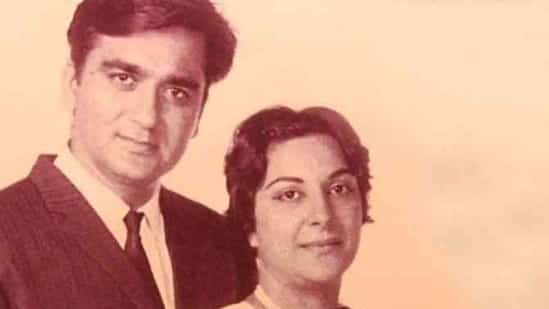 MUMBAI: Actors Sunil Dutt and Nargis’ loves story began in 1957. The couple dated for a year before tying the knot on March 11, 1958.

Filmmaker and actor Sunil Dutt died of a heart attack at his Mumbai home on May 25, 2005. On his 17th death anniversary, let’s look back at the time when Sunil refused to take his wife Nargis off the ventilator, while she was admitted to a hospital in the US. Nargis and Sunil had three children– Sanjay Dutt, Priya Dutt, and Namrata Dutt.

Sunil and Nargis famously fell in love after a fire broke out on the sets of their 1957 film Mother India. They were said to have come closer while recuperating from the injuries. The couple tied the knot on March 11, 1958. In the early ‘80s, Nargis was diagnosed with pancreatic cancer and he lost her soon after.

While Nargis was admitted to a hospital in the US, she went into a coma. After this, the doctors suggested Sunil to turn off the ventilator because Nargis was in a vegetative state for over four months. Sunil refused to turning it off and later Nargis came out of coma and they flew back to Mumbai. A few months after their return on May 3, 1981, Nargis died.

In a 2018 interview with Filmfare, Priya Dutt recalled how Sunil changed after Nargis’ death. She said, “Our equation with our father also changed after mom passed away. Earlier, he was a disciplinarian. Our dining room conversation was never about films. But after their mom’s death, he changed completely. He shared many memories of her. Like he said, ‘People say I fell in love after I saved her from the fire on the set of Mother India. But I’d have saved anyone else as well. I fell in love with the woman she was’.”

Sunil’s acting career was as diverse as his personality, he acted, produced and directed films. As an actor his most memorable films include Mother India, Waqt, Humraaz, Padosan, Mujhe Jeene Do, Gumrah, Sujata, Mera Saaya to name a few.