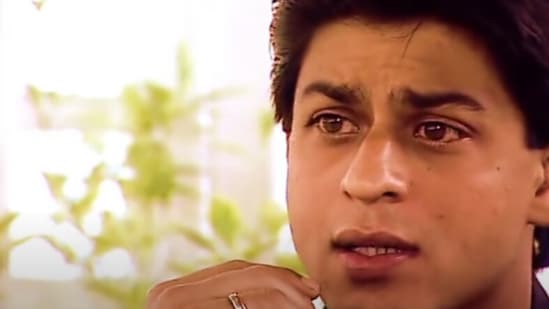 MUMBAI: Shah Rukh Khan became one of the most popular actors after he made his Bollywood debut with the film Deewana in 1992. With his popularity, he earned many nicknames like Baadshah of Bollywood, King of Bollywood, and King Khan. Meanwhile, in his personal life, he married Gauri Khan in 1991, with whom he welcomed three children– Aryan Khan, Suhana Khan, and AbRam Khan.

In an old interview, the actor spoke about loneliness despite all the fame, money, and love that he enjoys in his life. Speaking on Rende Simi Garewal in 1997, Shah Rukh talked in detail about why he doesn’t like to be alone with his thoughts and why he likes to escape from them.

When asked why he often says he doesn’t like being alone with his thoughts, Shah Rukh explained, “I get very lonely with myself and I am not romanticising loneliness. But I get very lonely at times. I read somewhere I have so much fame, so much money, I have so many people loving me and why is it that I feel alone. It’s not at all in any which way reflects upon how much my wife cares for me or my sister loves me or the people around me care for me. But it’s something they also can’t sort out. Thoughts in the past which come back to me are thoughts which make me sad. So I escape from them.”

Asked to elaborate on what kinds of thoughts are these, Shah Rukh said, “There’s no one thought I can pick up and say that look I think of my mother on the bed and she was dying or my father dying or any sad childhood memory because I’ve really not had a sad childhood. I’ve had a very happy childhood. It just seems that, they say that the most difficult thing about life is to get out of it alive. I just keep searching for this want for living.”

Shah Rukh will be seen next in Pathaan, which will mark his first film since his 2018 release Zero. The film also stars Deepika Padukone and John Abraham. He also has Rajkumar Hirani’s Dunki and Atlee’s Jawan in the pipeline.