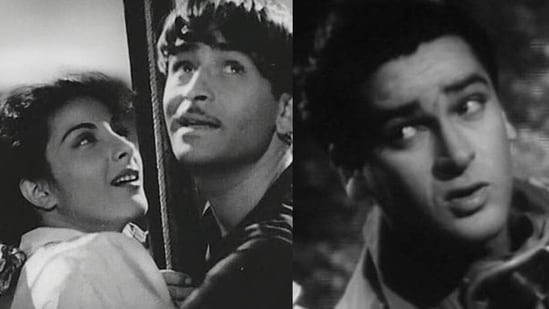 MUMBAI: Shammi Kapoor had once revealed
Nargis spoke to him about Awaara and promised to kiss him if she bagged the
film. The film also starred Raj Kapoor in the lead.

Shammi Kapoor had once revealed
that Nargis promised to kiss him if she bagged Raj Kapoor’s Awara. However, she
backtracked from her promise years later because he was all grown up.

The 1959
film is one of Raj Kapoor and Nargis’ biggest hit films. Bollywood film lovers
continue to revisit theWhen Nargis promised to kiss Shammi Kapoor if she bagged
Raj Kapoor’s Awaara but backtracked later film decades later. Shammi Kapoor had
revealed that Nargis’ family was against letting her sign the film owing to
rumours surrounding their relationship.

“Once I
met Nargis ji. I was in school and she was shooting my brother Raj’s film
Barsaat. One day I found her in a pensive mood. She wanted to work in Raj
bhai’s next film Awara, but her family was not ready, there were some rumours
about them. I told her, keep faith in yourself and God, surely her family would
not let go this opportunity as she was on the path of becoming a big star. She
told me, ‘If gharwale maan gaye toh I will give you a kiss,’” he said, in an
old interview with The Quint.

“You
know, Barsaat became a big hit and Raj Kapoor started his Awara and Nargis was
his heroine. By that time I had finished my school, joined and left college,
started working with my father Prithiviraj Kapoor’s drama theatre, company
roaming all around the country. By chance, I met Nargisji again in RK studio.
She saw me and said ‘I remember my promise, but now you are a grown up man, so
ask for something else.’ I said, ‘Gramophone.’” he added. She took him to a
store, bought him a gramophone and a few records of his choice.

Nargis
and Raj Kapoor starred in a number of hit films, including Shree 420, Chori
Chori, Aag and Anari. Meanwhile, Shammi Kapoor was seen in hit films such as
Junglee, Professor, Kashmir Ki Kali, and Teesri Manzil, among others.