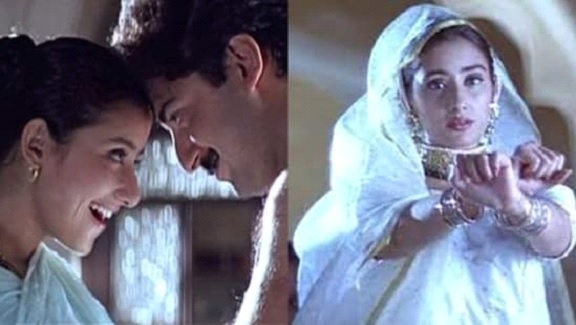 MUMBAI : Actor Manisha Koirala is among the most popular actors of the 90s who rose to fame after her debut film Saudagar in 1991. While she starred in several films, filmmaker Mani Ratnam’s Bombay is still believed to be one of her best performances. However, she once revealed that she was told to not sign up for the film where she played the role of a mother during her prime time in Bollywood.
“When I was offered Bombay, people told me not to do it because I was playing a mother’s role in my 20s and they thought in the next 10 years I’d be getting grandmother roles. But I listened to the other, wiser people who told me it’ll be foolish to refuse a Mani Ratnam film. I am glad it helped me in the bargain,” PTI quoted Manisha in 2018.
Directed by Mani Ratnam, Bombay starred Manisha opposite Arvind Swami. The movie is based on an interfaith couple in Bombay and their struggles before and during the Bombay riots after the Babri Masjid demolition. It was released a year after Manisha’s yet another hit film 1942: A Love Story, starring Anil Kapoor.
Manisha was last seen in the Sanjay Dutt-biopic, Sanju. In the movie, she played the role of Ranbir Kapoor’s mother. Besides this, she was also seen in Netflix’s Maska. Directed by Neeraj Udhwani, it also had Javed Jaffrey, Nikita Dutta, Prit Kamani and Shirley Setia. According to reports, the actor is likely to be a part of Kartik Aaryan’s upcoming Shehzada.
Talking about returning to work, Manish who once battled cancer, said that she wants to take things slow. “We are in a profession of ‘out of sight out of mind’, so one tends to be all the time on a roll. I had those tendencies initially in my career. Now I’m mindful about not getting into that space. When you’re in your 20s, you’ve more energy and zeal. But in your 40s, you want to take it at a slower pace. Your world view changes, you become a different person,”