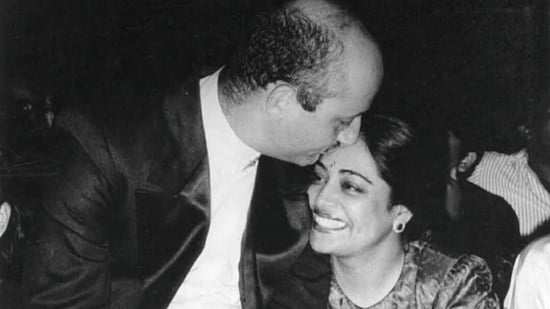 MUMBAI: Actor Kirron Kher turns 70 on Tuesday. Kirron is married to veteran actor Anupam Kher for the past 37 years. But did you know that the two were best friends during their theatre days.

Anupam Kher and Kirron Kher tied the knot in 1985. Kirron was previously married to Gautam Berry and had son Sikandar Kher in 1981.

In a 2013 interview with First Post, Kirron talked about her friendship with Anupam when they were in Chandigarh. She said, “We both were in theatre in Chandigarh, and we were the best of friends. There was nothing he did not know about me, and I knew everything about him, up to the extent of knowing which girl he was planning to patao (woo). It was fun and we worked together well too. But there was no attraction of any kind beyond friendship.”

When asked about their different family backgrounds, she said, “Yes, they were very different. I was from what you call landed aristocracy. We were big zamindars, my father was in the army, there were uncles in the Administrative and Foreign services…you get the picture? My sister and I played badminton for India with Prakash Padukone and his peers and my sister was an Arjuna Award winner. I was an all rounder through school and college. Anupam came from a very happy family, his father was a clerk in the Forest Department in Shimla, but he went home only during the holidays to Srinagar where the rest of his Kashmiri Pundit family lived. His parents were very fun loving, lovely people.”

Born on June 14 in Chandigarh to a Punjabi family, Kirron Kher debuted in the film industry in 1983. Since then, she has given iconic performances in movies such as Rang De Basanti, Kabhi Alvida Na Kehna, Khubsoorat, Dosatana and more.