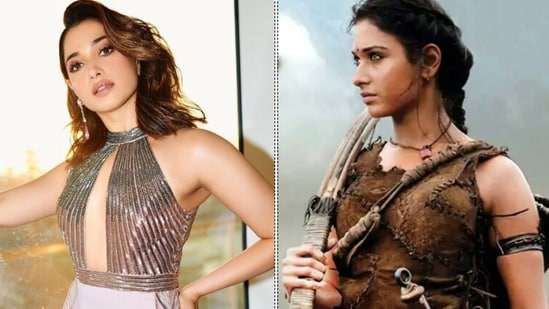 MUMBAI: Tamannaah Bhatia, who joined the Indian delegation at Cannes Film Festival 2022 in May, spoke about working in both Hindi as well as south Indian films in a new interview. Tamannaah, who made her acting debut in Bollywood with the 2005 film Chand Sa Roshan Chehra, also shared that the fans in south were very protective and connected to their favourite actors.

Tamannaah, who works in Telugu, Tamil and Hindi films, drew a comparison between fans from north and south India in a recent interview. She said while fans in the south were very emotional about their favourite stars, getting a loyal fanbase in the north was only possible with time.

Tamannaah Bhatia made her Cannes debut this year at the 75th Cannes film festival. In this freewheeling chat with Rj Stutee for Aur Batao, She talks about all the BTS preparations for it, how she has learnt to even own her pimple and how 17 years in the industry have taught her not to stress about the things.

When asked about fandoms in south India, Tamannaah told Pinkvilla, “I think it is essential, in South fans are very loyal. I think they have emotion around the artists. For them, it is a very personal and different connection with them. But I feel, that kind of stardom in the North, it is of course there but I see it is there for those few stars who have consolidated themselves for over a period of a decade. That loyalty comes through time.”

Tamannaah also spoke about pan-Indian films, such as SS Rajamouli’s Baahubali franchise, which were not about ‘south or north’. She said the audience was getting to enjoy ‘authenticity’ with such films. The actor also opened up about her doing more south films than Hindi ones. She called herself a ‘versatile’ actor, who was ‘not bogged down by language or by any genre’.

“I think for me, I always try to choose the best from the work given to me and Baahubali is the best decision out of all. There is no full-fledged way of functioning, but it is an instinct that takes you in the right or wrong directions. However, you can only rely upon your instinct and have to trust that. There are going to be times when it will work out, and at times it won’t. I didn’t consciously choose South films over Hindi but I chose project-wise. I never looked at any project as South or North Indian,” Tamannaah said.

Tamannaah will be next seen in Madhur Bhandarkar’s Babli Bouncer, among other films.