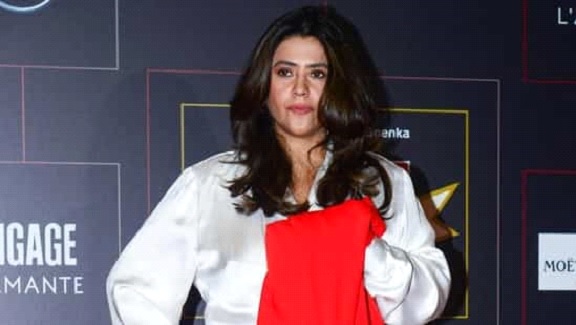 MUMBAI : Ekta Kapoor’s move to seek help from the judiciary backfired as Supreme Court came down heavily on the filmmaker for ‘polluting’ minds of the young generation. The top court also warned the filmmaker not to come to them with any more pleas, and ordered that a cost will be levied if she files more such petitions.
The SC was hearing a plea filed by Ekta in which she challenged the arrest warrants issued against her for allegedly insulting soldiers and hurting the sentiments of their families through the ‘objectionable content’ in the web series XXX, aired on her OTT platform ALTBalaji. A trial court in Begusarai, Bihar, had issued the warrant on a complaint lodged by an ex-serviceman Shambhu Kumar’s allegation that the second season of the series featured several objectionable scenes related to a soldier’s wife.
As per PTI, senior advocate Mukul Rohatgi appeared for Ekta and asked the court to provide her protection, citing that they had granted her this in a similar matter in the past as well. The attorney defended Ekta’s freedom of choice and also argued that the content in question is subscription based.
A bench of Justices Ajay Rastogi and C T Ravikumar criticised Ekta after the attorney said that a petition in the matter has been filed before the Patna high court but there is no hope the matter will be listed for hearing soon.
The Supreme Court bench said, “Something has to be done. You are polluting the minds of the young generation of this country. It is available to all. OTT (Over The Top) content is available to all. What kind of choice are you providing to the people?….on the contrary you are polluting the minds of youngsters.”
The court stopped short of imposing costs but warned Ekta, “Every time you travel to this court….we don’t appreciate this. We will put a cost on you for filing such a petition. Mr Rohatgi please convey this to your client. Just because you can afford and hire the services of good lawyers….this court is not for those who have voices. This court works for those who don’t have voices…if these people who have all kinds of facilities, if they cannot get justice then think of the situation of this common man. We have seen the order and we have our reservations.”
The apex court kept the plea pending and suggested a local lawyer may be assigned to check the status of the hearing in the case in the Patna high court.