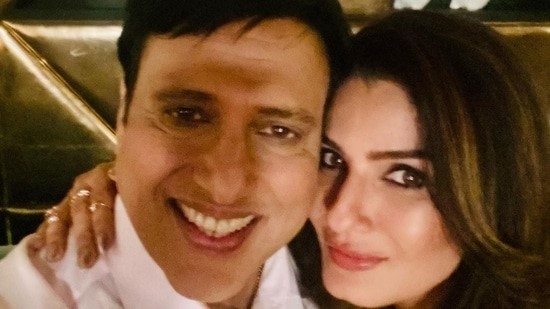 MUMBAI: Raveena Tandon recollected how Govinda supported her during a difficult time in her life. She said that they were in Switzerland for a shoot, when she got some news that jolted her, and he just sat there, holding her hand.

In an interview, Raveena talked about how actors really bonded with each other back in the day but technology has changed things in the present.

Talking to Film Companion, Raveena said, “I remember I was in Switzerland, shooting with Chi Chi (Govinda’s nickname) for something and there was some turmoil going on in my life and I was just sitting with him and he came and said, ‘Did you hear?’ I said, ‘What?’ He broke some news to me. He said, ‘I heard and I thought I should be the first person to come and tell you.’ He just held my hand and sat there while I was in stunned silence. He just sat there and said, ‘Himmat rakh, humlog hai na sab, saath mein hai na (Stay strong, we are all with you).’”

“We had no entertainment except to talk to each other about our lives, that’s how we bonded and became like family. But nowadays, the minute it is ‘start sound, camera, action and cut’, everyone is on their phones, everyone is taking a picture for Instagram, everyone is taking a picture of their cake or their coffee, or they are in their vanity vans, watching a movie or playing a game. That’s what it has become. Technology has taken over that human-to-human contact that we had,” she added.