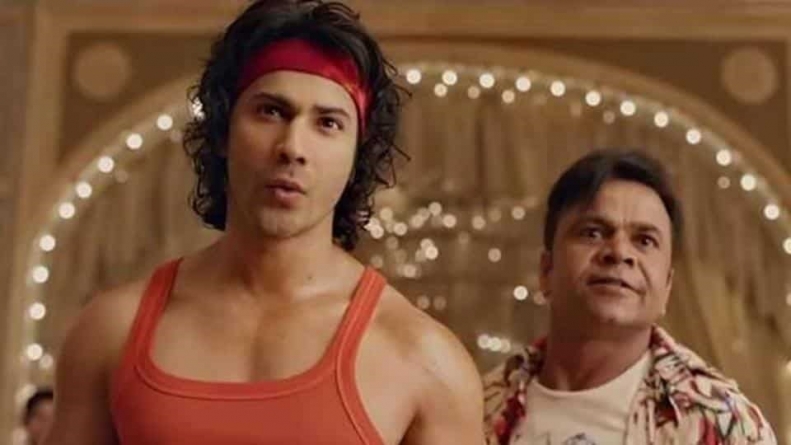 MUMBAI: Actor Rajpal Yadav has been an industry fixture for
several years, and has experienced all the ups and downs that Bollywood has to
offer, but he’s confident about his future. In an interview, he joked that he’d
told his Coolie No 1 co-star Varun Dhawan
that he will also work with his future child.

Rajpal recalled watching Varun grow
up before his eyes, as he has been working with Varun’s father, director David
Dhawan, for a number of years. He said that after the success of his film
Jungle, he had the good fortune of signing 16 films in one month.

When David offered him a one-scene
role in the 2002 film Chor Machaye Shor, he was expecting Rajpal to be hesitant
about taking on the part. But because the scene was with Amitabh Bachchan,
Rajpal said that he would’ve done even a one-line role.

He
recalled this story in an interview to Bollywood Hungama, where he was promoting his new
film with David and Varun, Coolie No 1. Praising Varun, he said that the actor
has established himself in the industry on the strength of his work. “We’ve all
seen Varun’s mischievous side,” he said in Hindi, “He’s a boy who’s paid
respect to the family he comes from with his work.”

Rajpal said that Varun once told him
that he sometimes forgets that Rajpal is such a senior actor in the industry.
Rajpal joked to him, “I will work with your son also, and remain just as I am.”

Coolie No 1 is a remake of David’s
1995 film, which starred Govinda and Karisma Kapoor in the lead roles. The new
film marks the father-son pair’s third project together, and also stars Sara
Ali Khan and Paresh Rawal.