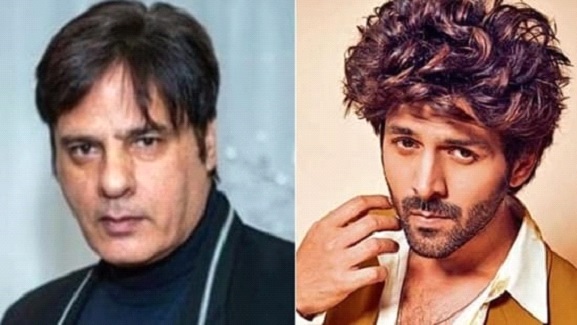 MUMBAI : Rahul Roy spoke about Kartik Aaryan being cast in Aashiqui 3. Directed by Anurag Basu and backed by T-Series and Vishesh Films, the film is expected release next year. In a new interview, Rahul, who made his acting debut with the 1990 film Aashiqui opposite Anu Aggarwal, said that Aashiqui cannot be replicated or remade. The actor added that it will be a ‘huge struggle’ for Kartik to live up to the original.
Rahul said he would ask the film’s makers to keep the essence of Aashiqui alive in the third instalment of the classic. The second installment of Aashiqui was released in 2013. Directed by Mohit Suri, Aashiqui 2 featured Shraddha Kapoor and Aditya Roy Kapur. The makers are yet to announce which actor will star opposite Kartik in Aashiqui 3.
When asked about Aashiqui 3, Rahul Roy told Pinkvilla, “The presentation might be innovative and exciting for today’s audience, and I have no doubt about it… It will be a huge struggle for Kartik to live up to.” Rahul further spoke about Kartik, and wished him the best for ‘continuing the great franchise’.
“Kartik is a wonderful young actor. He has a history of picking the right films. I haven’t spoken with him yet, but I hope to do so soon… The box-office figures are also working in Kartik’s favour, so I wish him all the best in continuing the great franchise,” Rahul said.
Kartik was last seen in Bhool Bhulaiyaa 2, one the biggest hits of 2022. He will work with Anurag for the first time in Aashiqui 3. The actor took to Instagram in September and shared a motion poster of the upcoming romantic drama.
He wrote, “Ab Tere Bin Ji Lenge Hum/ Zeher Zindagi Ka Pi Lenge Hum. Aashiqui3, this one is going to be heart-wrenching!! My first with Basu da (Anurag Basu).” While the female lead of the film is yet to be finalised, one name that has been making the rounds is that of actor Jennifer Winget, who has worked in TV shows like Bepannah, Dill Mill Gayye and Saraswatichandra, among others.