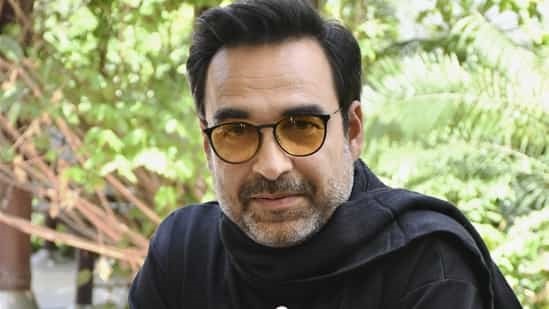 MUMBAI : Actor Pankaj Tripathi has said in a new interview that earlier no one used to invite him to Bollywood parties and now when he gets the invites, he doesn’t feel like attending. He also said that he doesn’t like being called a ‘supporting actor’ or ‘character actor’.

Pankaj debuted in 2004 with a brief role in Run and then in Omkara (2006). He has featured in several films and television shows. However, he rose to fame with his role in the film series Gangs of Wasseypur (2012). He has since featured in films like Fukrey, Bareilly Ki Barfi, Newton, Stree, Ludo, and Mimi. He is best known for his lead role in the web series Mirzapur (he played the character of Akhandanand Tripathi) and has also worked in Criminal Justice, Yours Truly and Criminal Justice: Behind Closed Doors.

In an interview with Brut, Pankaj Tripathi said, “Yes I don’t go to Bollywood parties because earlier no one used to call me in these parties but now when they invite me, I don’t feel like going.” He also said that he has a problem with being called a character actor. He said, “Yeh I definitely have a problem when people call me that.

He also said that he might quit acting after earning enough money after ‘several years’. Talking about not being involved in any controversies, he called himself ‘an example of an actor with no controversies’.

Pankaj was last seen in Sherdil: The Pilibhit Saga which was released in June. He will be seen next in Oh My God 2, alongside Sayani Gupta and Neeraj Kabi.