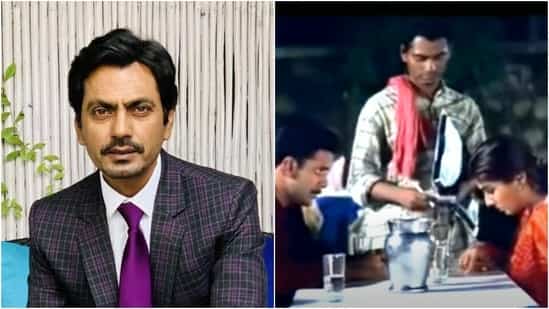 MUMBAI: Nawazuddin Siddiqui played small roles in a countless films before he became a popular name in the film industry. One such films was Shool, directed by Eeshwar Nivas and produced by Ram Gopal Varma, which released in 1999. The film starred Manoj Bajpayee and Raveena Tandon in lead roles and featured Nawazuddin as a restaurant waiter.

Nawazuddin recently revealed that he wasn’t even paid for his role in the film after being promised ₹2,500, and hasn’t received the amount to date. He recalled that after visiting the production office continuously for six to seven months to collect the money, he found a clever way to recover it without anyone getting a clue.

In a recent interview with Bollywood Bubble, Nawazuddin said, “I have small roles in several films, I don’t even tell people about many of them, but I am there. I needed money, it was a means of survival. I played a waiter in Shool who takes the order from Manoj Bajpayee and Raveena Tandon. They said they will pay me ₹2,500, but I have never gotten it. There have been many such cases, but this one I remember very well”

They wouldn’t pay me but offered me food. So then I started visiting them at lunch time, and I did that for 1-1.5 months, so my money got settled like that).”

Nawazuddin will soon be seen in Heropanti 2, which stars Tiger Shroff and Tara Sutaria in lead roles. Directed by Ahmed Khan, the film is a sequel to Tiger’s debut film Heropanti, which released in 2014. Nawaz plays a dreaded criminal named Laila in the film. It releases in theatres on April 29.