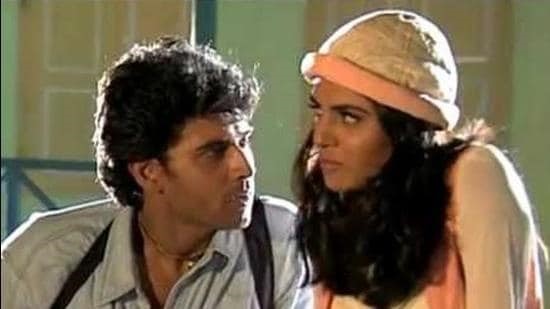 Dastak marked his debut in the film industry
and as the film clocks 25 years today, actor Mukul Dev is also celebrating the
milestone of his silver jubilee in Bollywood.

“I was
signed on by actor Amitabh Bachchan’s company and my debut was supposed to be
Naam Kya Hai,” reveals Dev.

While
that first film didn’t materialise, the actor credits it for helping him bag
Dastak.

“Its
promos were out on TV. I came into the limelight because of that. Mahesh Bhatt
(filmmaker) saab had seen them and had also watched me on TV. These two things
played in my favour,” he shares.

The
51-year-old recalls working in his debut, in which he played ACP Rohit
Malhotra. The movie also marked the launch of Sushmita Sen as an actor. “I knew
Sushmita from my Delhi days when we were modelling. It was a dreamy red carpet
launch that anyone could ever get. It was wonderful to work with Sushmita,
Bhatt saab and Sharad (Kapoor). We were all so new at that time; a lot of
guidance came our way,” reveals the actor.

Dev
describes his career of 25 years in Bollywood as a long and fulfilling journey.

“Even if
I want to, I cannot complain. The kind of launch I got with Dastak and then the
films I did after that. I did TV, Hindi films and then regional films. It is
very satisfying and when I look at the competition that is going on today, I
think I have done pretty alright for myself. It is not too bad at all,” he
ends.