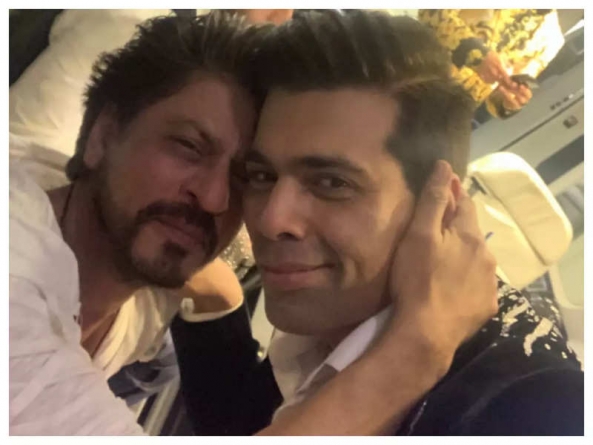 MUMBAI: Karan Johar recently opened up about how stardom has changed over the years. According to the filmmaker, actors of this generation are popular but there is no stardom.
Karan shared that today’s actors might be wonderful artists but they are not stars.

The filmmaker opined that they don’t have the aura, mystique and mystery of the older stars of the industry. The generation is more easy, available and accessible and since everything about them is already out on social media, there’s not enough mystery that can lead to stardom, he said in an interview with Anupama Chopra.

Johar also cited the example of Bollywood’s King Khan and his best friend Shah Rukh Khan. The director revealed although SRK did not walk the red carpet like others, when he entered the party, there was an aura of a star that doesn’t happen with this generation. According to him, that is stardom.

Karan’s 50th birthday bash was a star-studded affair with who’s who of Bollywood making their presence felt at the do. However, reports emerged later that the birthday party was a Covid-19 hotspot as it allegedly left around 50 guests infected with the virus.

The unconfirmed reports surfaced after Shah Rukh Khan, Aditya Roy Kapur, and Katrina Kaif, who had attended the party, were diagnosed with the Covid-19 illness. Talking about it, Karan stated that he feels victimised as there were a lot of events happening that week but the blame for all the celebrities testing positive fell on him.

Meanwhile, on the work front, Karan is gearing up for the release of his upcoming film, ‘Rocky Aur Rani Ki Prem Kahani’ which stars Ranveer Singh and Alia Bhatt in lead roles. It also features Dharmendra, Jaya Bachchan and Shabana Azmi in key roles. It is slated to release on February 10, 2023.