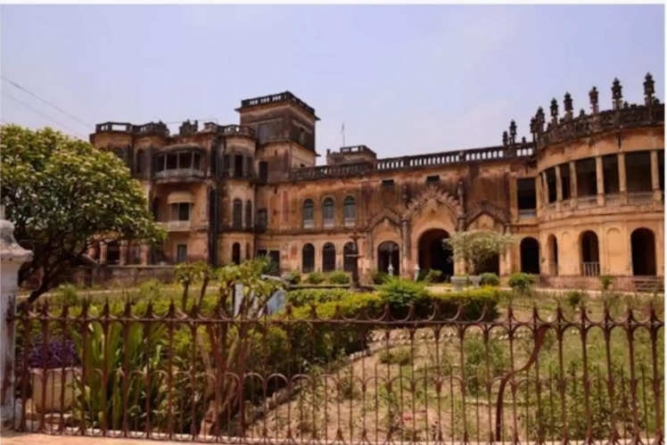 MUMBAI: More often than not, we all have been truly enamoured by the beautiful locations where our favourite movies were filmed. As locations are an integral part of a movie, it is possible that a lot of our travel ideas come from what we see in movies. Take movies like Zindagi Na Milegi Dobara, 3 Idiots, Rang De Basanti for instance. These movies showcased amazing locations and look where we are now? A majority of us have enjoyed Goa, Ladakh, Italy and many more places, and many have them in their travel wishlist.

We bring you some of Bollywood’s massive hits and the locations where they were filmed. Maybe this time you can see these destinations a bit more closely.

The Mahmoodabad Palace was founded in 1677 by Raja Mahmud Khan who was a descendant of the first caliph of Islam. Locally, the palace is a popular tourist site, though not as big as some of the tourist attractions in Lucknow.

Another blockbuster hit, The Kashmir Files, came and won the hearts of many. No, the movie was not shot in Kashmir, but in Uttarakhand’s Mussoorie and Dehradun. Gandhi Chowk in Mussoorie was shown as Kashmir’s Lal Chowk. The next time you visit Gandhi Chowk, maybe you will get a deja vu.

The movie Sherni is not going to be forgotten anytime soon. The Vidya Balan starrer flick on the sensitive subject of human-wildlife conflict made a huge impact on our understanding of the issue. The forests of Balaghat and its surrounding areas are spectacular no doubt, but at the same time they have not-so-pleasant stories of the aforementioned conflict. Balaghat is also an important manganese and copper mining area. The lush forest is located in the Satpura hill ranges.

Maybe you’ve already guessed it. We are here because of the Taapsee Pannu, Vikrant Massey and Harshvardhan Rane starrer Haseen Dillruba. The movie showcased localities which are right next to the Ganga river. The Ganga ghats were portrayed beautifully in the movie. One gets the ‘room with a view’ feel. Haridwar is no stranger to travellers in India, as it is one of the most important religious sites in India.

We’ll go back to 2019 for this one. The movie Kesari is probably one of the best movies of the Bollywood star Akshay Kumar. The movie was filmed in Wai, located in Satara district in Maharashtra. The historical movie revolved around Gulistan and Saragarhi forts, whose replicas were built in Wai for the movie. the two main forts shown in the film. Though some of the scenes were also shot in Jaipur and Nawalgarh, a major chunk of the movie came from Wai.

We all know the song Teri Mitti from the movie Kesari. Guess where this song was filmed? That’s Spiti Valley in Himachal.