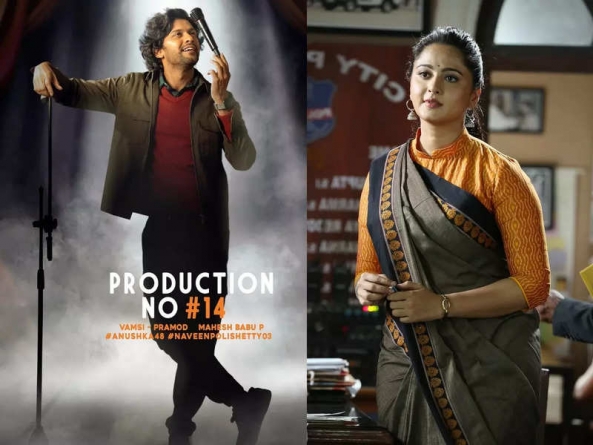 MUMBAI: Anushka Shetty who was last seen in Konavenkat and Hemanth Madhukar’s ‘Nishabdham’ will be reportedly seen as an International chef in her next. Currently, the actress is busy shooting for a film with Naveen Polishetty being directed by Mahesh P. As per the latest reports, her character in the film will have multiple layers which made her sign in the project.

The film will reportedly be a new-age love story between Naveen Polishetty and Anushka and their pair is said to be the major highlight of the romantic comedy entertainer.

The film that is currently stalled its shoot due to some technical reasons, will resume the shoot soon and Anushka will be joining the sets from the next schedule.

This Mahesh P directorial film is said to be the third outing for the star actress who earlier worked in ‘Mirchi’ and ‘Bhaagamathie’ under the same production house. Whereas Jogipet Srikanth aka Jathi Ratnam Naveen Polishetty is also busy filming yet another film titled ‘Anaganaga Oka Raju’ in which he will be playing the titular role.