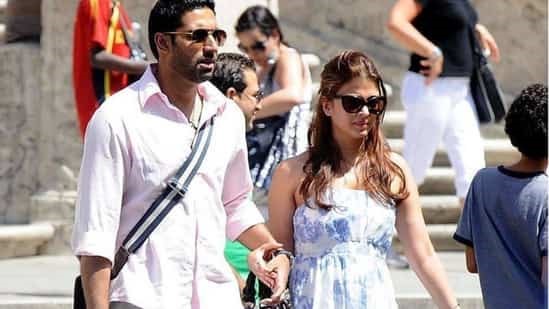 MUMBAI: Actors Abhishek Bachchan and Aishwarya Rai celebrate their 15th wedding anniversary on Wednesday. The couple got married in 2007 and have a daughter together, Aaradhya.

Aishwarya and Abhishek’s wedding was organised at his father Amitabh Bachchan’s bungalow in Mumbai. The entire event was extensively covered by the media, with their fans eagerly waiting for a glimpse of the newlyweds

However, even for Aishwarya, it did not sink in that she was married, for a while. In an interview, Aishwarya had revealed that it was on the flight to their Bora Bora honeymoon that she had realised what it meant.

Speaking to Vogue, Aishwarya said about the moment, “It was on the flight to our honeymoon in Bora Bora. The stewardess welcomed me on-board saying, ‘Welcome, Mrs Bachchan.’ And Abhishek and I just looked at each other and burst out laughing! And it hit me, I’m married! I’m Mrs Bachchan!”

Abhishek and Aishwarya have worked in multiple movies together such as Guru, Dhai Akshar Prem Ke, Dhoom 2 and more. Abhishek’s latest release was Dasvi, in which he starred with Nimrat Kaur and Yami Gautam. Aishwarya’s next release with be Mani Ratnam’s Ponniyin Selvan. She plays dual roles in the period epic movie based on Kalki Krishnamurthy’s novel.