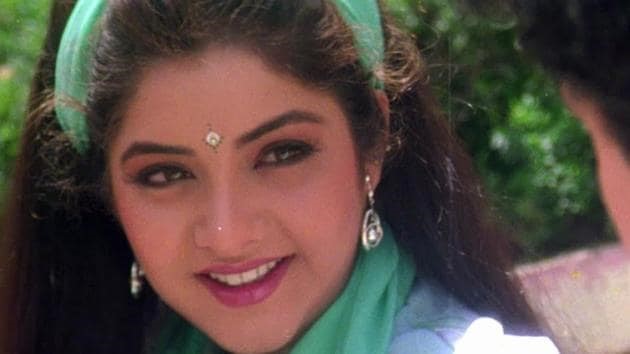 MUMBAI: Divya Bharti’s rise to stardom and her untimely death April 5,1993 continues to intrigue fans, 27 years after her death. Was is an accident or was there more to it?

As per police files, Divya’s death remains an accident. The young actor was in an inebriated state when she walked on ledge of her 5th floor home’s balcony in Mumbai, slipped and fell. She was reportedly still breathing when she was rushed to the hospital but died on arrival. She was declared dead on arrival. Divya died of fatal head injuries.

However, her fans refuse to believe that a star so promising and an actor so young could have gone away. Conspiracy theories abound — a random search on the internet will throw up a number of web sites, claiming many things. Some claimed it was a murder while others believed it was case of suicide. An old Hindustan Times report from 2011 said how initially rumours were afloat that it was the handiwork of the underworld.

Roshmila Bhattacharya wrote: “I remember the day…April 6, 1993. I’d just stepped into the office when I was informed that Divya Bharti had been shot. ‘Who took the pictures? Gautam Rajadhyaksha or Rakesh Shrestha?’ I enquired. My colleague responded by saying he wasn’t talking photographs. ‘She’s been gunned down, I’m told the underworld is involved,’ he whispered. I dismissed it as just a rumour, but within minutes, the news was confirmed that Divya was dead.”

“At the hospital we learnt that Divya had apparently slipped from the ledge on which she’d been perched. There were whispers of suicide, even murder, but eventually, her death was ruled as an accident and the file closed.”

The article recounts how the final moments before she breathed her last. “She was rushed to Cooper hospital, still breathing, holding tightly to the doctor’s shirt sleeve even as he assured her that she’d be fine. Then, just as they swept in through the hospital’s gates, she reportedly tugged on Dr Lulla’s sleeve one last time, before her grip slackened. She was declared dead on arrival,” it added.

What’s more her family firmly believed it was an accident.

Speaking to India Today, Divya’s father Om Prakash Bharti had said, “There was no question of suicide or murder. Yes, she did drink a bit but how much can you drink in half an hour? And she was not depressed. She was the kind to give you depression!”

“It was an accident. She sat on the ledge, lost her balance and fell. Sadly, all flats had grills except hers. Cars would always be parked below but that night there was not a single one. She fell directly on the ground. I was shocked and lost my senses. But eventually you have to face the truth.”

Divya Bharti’s short but eventful life was a stuff of legends, in some ways. Decades before nepotism would become a word that an outsider would cling to, she was a Bollywood outsider who made it big not only in Bollywood but in Telugu films too. She has no film lineage–her father was insurance officer and mother, a housewife. Yet, what a staggering rise hers was.

Starting out when still in her teenage, her first film itself Bobbili Raju (1990), opposite Venkatesh (Rana Daggubati’s uncle) was a massive hit. In fact, it is still recalled as one of the biggest Telugu hits of the ’90s. The teenaged actor would then go on to form winning combination with top Telugu actors Chiranjeevi, Mohan Babu and Nandamuri Balakrishna. Subsequently, she gave more hits like Rowdy Alludu and Assembly Rowdy.

Having established her toehold in Telugu films, it was time to try her luck in Hindi films. In fact, before her Telugu films came out, she had been considered for two prominent projects in Mumbai — Radha Ka Sangam (with Govinda, a role which eventually went to Juhi Chawla) and Gunahon Ka Devta (1988 with Mithun Chakraborty) — both got stalled. However, after her super stardom in Telugu films, there was no stopping Divya. From her debut film Vishwatma (1991) to Kshatriya (her last release during her lifetime), she worked in one successful film after another, most noteworthy being David Dhawan’s Govinda starrer Shola Aur Shabnum and Shah Rukh Khan and Rishi Kapoor starrer Deewana.

Looking at the films that she had either partially shot for and were later filled in my other actors or had signed on to work in, would give a sense of how excited the industry was with the prospect of this new and young star — Anil Kapoor and Raveena Tandon’s Laadla (her role was reportedly later re-shot by Sridevi), she was replaced in Akshay Kumar’s Mohra, Ajay Devgn’s Vijaypath and Dilwale (all films went on to become hits). She has projects lined up with actors Akshay Kumar (Parinaam), Salman Khan (Do Kadam), Rishi Kapoor (Kanyadaan), Sunny Deol (Bajrang) and Jackie Shroff (Chal Pe Chal). Does it get any bigger in Bollywood of the ’90s?

Divya is best remembered for like sprightly personality, her beauty, her acting versatility and vivacity. Tune in to any retro music channels of today and chances are you will still hear ‘Saat Samundar’ from Vishwatma playing.