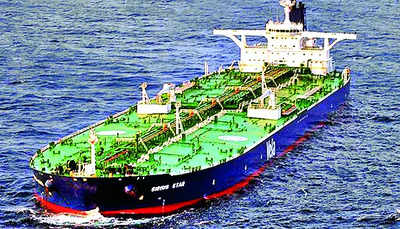 MOSCOW: A record volume of Russian oil is on board tankers, with unprecedented amounts heading to India and China as other nations restrict imports because of the war in Ukraine.
Between 74 million and 79 million barrels from the OPEC+ producer were in transit and floating storage over the past week, more than double the 27 million barrels just before the February invasion of Ukraine, according to Kpler.

Asia overtook Europe as the largest buyer for the first time last month, and that gap is set to widen in May, according to the data and analytics company.

The sharp jump in Russian oil in transit by sea underscores how the global energy trade has been thrown into turmoil by the invasion, with US, UK and many EU companies turning their backs on its cargoes and forcing Moscow to look for buyers in Asia. China and India have snapped up millions of barrels from the country to take advantage of hefty discounts on the flows. 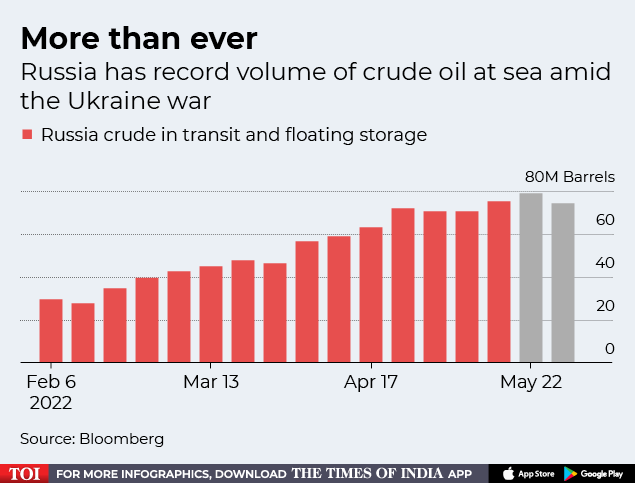 “Some of the interested buyers in Asia are more motivated by economics rather than taking a political stand,” said Jane Xie, a senior oil analyst at Kpler in Singapore. “That said, there has been an increase in US interest in India’s buying of Russian oil, so there may be some downside risks to this trade flow, even if it is currently unlikely to be dented significantly.”

Combined Russian oil flows for Asia’s top two buyers, India and China, surged to records in April, mainly boosted by increased purchases from India, according to Xie. Although shipments this month are likely to be slightly lower, they will still only be beaten by last month’s record, she said.

The volume of crude at sea will expand by 45 million to 60 million barrels because of the increased Russian seaborne trade with Asia if the European Union is able to agree on phasing out all imports from the nation by the end of this year, industry consultant FGE said in a note this week. 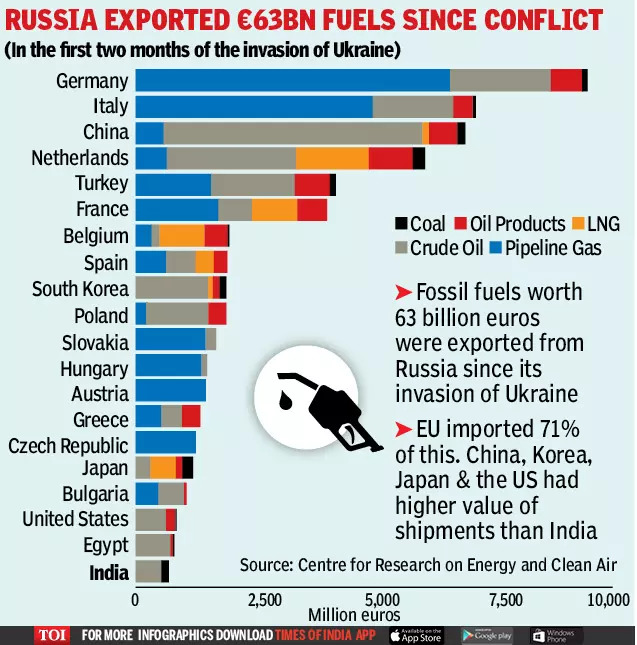 Vessels are forced on longer voyages when transporting crude — such as flagship Urals — from Russia’s western ports to Asia rather than Europe, with a one-way journey to China typically taking around two months.