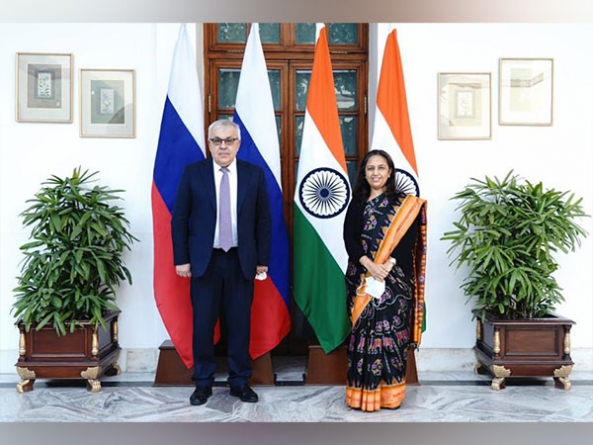 The Russian delegation was led by Mr. Sergey Vasilyevich Vershinin, Deputy Minister of Foreign Affairs of the Russian Federation and included other senior officials from the Russian Foreign Ministry.

​Both sides held wide ranging discussions on issues on the UN Security Council agenda and recent developments. They agreed to deepen cooperation on counter terrorism at UN and other multilateral platforms. The Indian delegation briefed Russia on its priorities during its upcoming Presidency of the UNSC in December 2022.