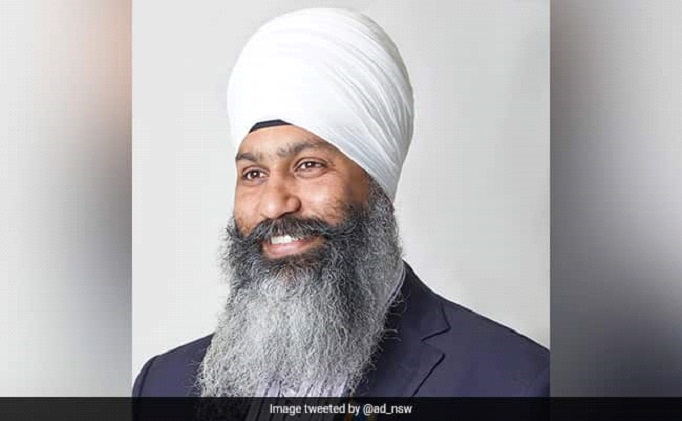 MELBOURNE : A 41-year-old Indian-origin Sikh volunteer, who experienced ethnic slurs because of his beard and turban, was honoured along with three others with the prestigious 2023 New South Wales Australian of the Year Award for supporting the community during floods, bushfires, drought and the pandemic. The New South Wales government made the announcement in the “local hero” category on November 3.
The national award honoured the achievements of community members, while emphasising the importance of service to the nation of Australia.
Amar Singh, a Sikh, founded the “Turbans 4 Australia” seven years ago, a charity organisation that works towards supporting the displaced and the vulnerable impacted by natural calamities.
Mr Singh, a key advocate of multiculturalism and social cohesion, has experienced ethnic slurs because of his beard and turban, a press release issued by the New South Wales government said.
“The 41-year-old believes helping others should not be limited by religion, language or cultural background,” it said.
“Every week, Turbans 4 Australia package and distribute up to 450 food and grocery hampers to people experiencing food insecurity in Western Sydney. Turbans 4 Australia has delivered hay to farmers experiencing drought; supplies to flood victims in Lismore and bushfire-impacted people on the South Coast; and food hampers to the isolated and vulnerable during COVID-19 lockdowns,” it added.
“I want to thank all the volunteers of my team working day and night effortlessly – the credit goes to them,” Mr Singh was quoted as saying by news portal sbs.com.au.
“With a charity van running in Queensland’s Brisbane and a new warehouse coming up in Victoria’s northern suburb of Thomastown, I can proudly say that ours is a national charity and as a humbled Sikh I hope that our team will continue to promote charity, compassion and multiculturalism for many years to come,” he explained.
Mr Singh moved to Australia as a teenager, and said he was passionate about community service from a young age, the report said.
“I also volunteered during the Sydney 2000 Olympic games, Invictus games, Gold Coast commonwealth games and many other community events,” it quoted him as saying.
Mr Singh and three other recipients of this award will join those from other states and territories as finalists for the national awards ceremony to be held in Canberra in January next year, the NSW government press release added.
New South Wales Premier Dominic Perrottet congratulated the recipients and said that the awardees’ leadership and activism for change positively impact the public and make a tangible difference in people’s lives.