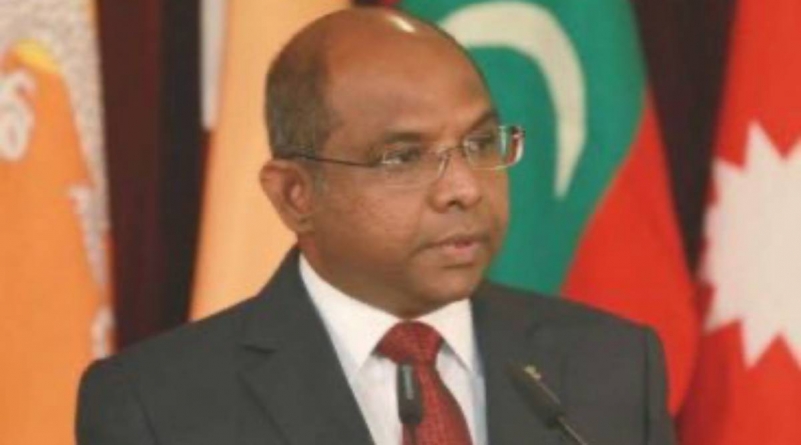 MALE : The President of the 76th session of the United Nations General Assembly and Minister of Foreign Affairs of Maldives, H.E. Mr. Abdulla Shahid visited New Delhi from 28-29 August 2022.

On 28 August, PGA called on Hon’ble Vice-President of India, Shri Jagdeep Dhankhar who congratulated PGA for his exemplary leadership of the UN General Assembly, especially in wake of the COVID19 pandemic and ongoing international conflicts. During the meeting, PGA acknowledged the important role played by India at the United Nations, including at the UN Security Council, where he termed it as a “source of pride” for not only South Asia, but for all peace loving democracies.

Acknowledging India’s pivotal role during the pandemic recovery phase, PGA underscored that India had proven to be the ‘pharmacy of the world’ and assisted several countries in the remotest parts of the world.

Foreign Secretary Shri Vinay Kwatra had called on PGA on 28 August and briefed him on India’s priorities in the upcoming session of the UNGA, as well as, during India’s remaining tenure at the UN Security Council.