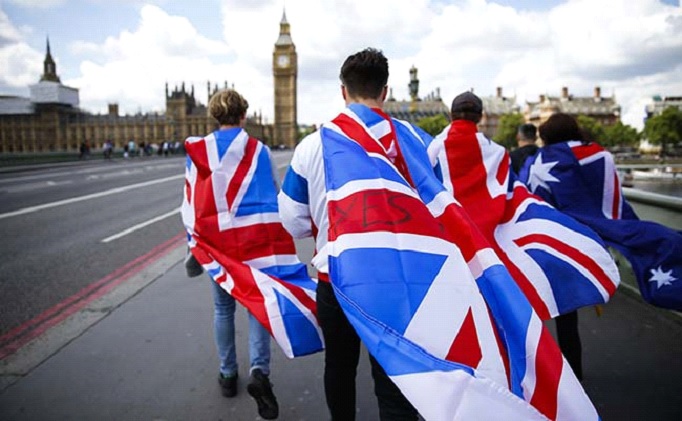 LONDON : Nearly one in six people living in England and Wales last year were born outside the country and Indians constituted the largest chunk at 1.5 per cent of residents, according to latest statistics based on the country’s 2021 census data.
The UK’s Office for National Statistics (ONS) found that India remained the most common country of birth outside of the UK last year at 920,000 people, followed by Poland at 743,000 people or 1.2 per cent of residents and Pakistan at 624,000 (1 per cent).
“One in six usual residents of England and Wales were born outside the UK, an increase of 2.5 million since 2011, from 7.5 million (13.4 per cent) to 10 million (16.8 per cent),” the ONS said in a release.
“India remained the most common country of birth outside the UK in 2021,” it said.
The top three countries of birth outside the UK for England and Wales remain unchanged as India, Poland and Pakistan since the last census 10 years ago, with the numbers rising across all categories – India from 694,000, Poland from 579,000 and Pakistan from 482,000 in 2011.
The census data also shows that Polish (760,000, 1.3 per cent), Romanian (550,000, 0.9 per cent) and Indian (369,000, 0.6 per cent) were the three most common non-UK passports held by residents in England and Wales in 2021.
London remained the region with both the largest proportion of people born outside the UK and the largest proportion of people with non-UK passports.
In 2021, more than four in 10 (40.6 per cent) usual residents in London were non-UK born, and more than one in five (23.3 per cent) had a non-UK passport.
This is a marginal increase since 2011, when 36.7 per cent of London residents were non-UK born and 21.0 per cent had a non-UK passport.
The number of people who listed Romania as their country of birth grew by 576 per cent since the previous census, from 80,000 in 2011 to 539,000 in 2021 – marking the highest out of any country, driven by working restrictions for Romanian citizens being lifted in 2014.
“The census paints a picture of how the make-up of the population has changed in the past decade. That decade, of course, saw us leave the EU as well as live with the pandemic,” said Jon Wroth-Smith, Census Deputy Director.
“While these events may have had an impact on people’s decisions or ability to migrate or travel at a given time, the census tells us about the change over the whole decade – who was living here in March 2021, compared with March 2011. We can see Romanians have been a big driver in this change, while there have also been increases due to migration from India, Pakistan and Poland, as well as southern European countries such as Italy,” he said.
“We can also see that migration in the year prior to the census was lower in 2021 than it was in 2011. This is likely, in large part, due to the various travel restrictions in place during the coronavirus pandemic,” he added.
The United States and Jamaica fell out of the top 10 non-UK countries of birth in 2021. Italy entered the table in sixth place behind Romania (fourth) and Ireland (fifth), and ahead of Bangladesh (seventh), Nigeria (eighth), Germany (ninth) and South Africa (10th).
Those born in the European Union (EU) made up 3.6 million (36.4 per cent of all non-UK-born residents) of the population, an increase from 2.5 million in 2011.
The data does not cover the United Kingdom’s devolved regions of Scotland and Northern Ireland.