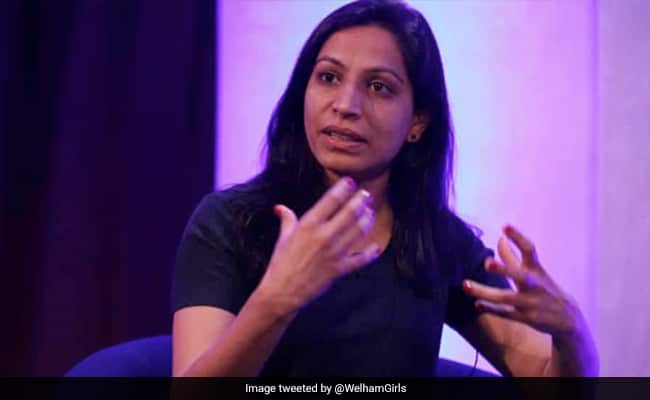 LONDON: Leading UK-based academic Dr Swati Dhingra has been named as the first Indian-origin woman to be appointed as an external member of the Bank of England’s interest rate-setting committee.

Ms Dhingra is an Associate Professor of Economics at the London School of Economics (LSE) having specialisation in international economics and applied microeconomics.

Ms Dhingra, who studied at the University of Delhi and got her Masters from the Delhi School of Economics, will join the Monetary Policy Committee (MPC) on August 9 for a three-year term.

UK Chancellor of the Exchequer Rishi Sunak announced her appointment last week, describing her as someone who will bring “valuable new expertise” to the committee, which has the crucial task of setting the country’s interest rates.

“Dr Swati Dhingra’s experience in international economics will bring valuable new expertise to the MPC. I am delighted to appoint her to this role and look forward to seeing her contribution to policymaking in the coming years,” the Indian-origin finance minister said in a statement.

Ms Dhingra will replace current external member, Michael Saunders, who has been on the MPC since August 2016.

“The work of the committee is of great importance as the UK faces an exceptional cost of living crisis amid the global challenges of the pandemic and the war,” said Ms Dhingra, with reference to her appointment.

“It will be an honour to learn from the Bank’s vast expertise and regional visits, ‘to listen and to explain’, and to bring evidence to bear on the crucial policy decisions of the committee,” she said.

The Governor of the Bank of England, Andrew Bailey, welcomed the move saying the academic’s “insights and perspective” will be hugely beneficial to the Bank’s discussions.

“We will benefit from her extensive research in international economics,” he said.

Besides her role at the London School of Economics, Ms Dhingra is an elected member of the Council of the Royal Economic Society and is on the Editorial Board of the peer-reviewed ‘Review of Economic Studies’ and an Associate Editor for the ‘Journal of International Economics’. She is also a Research Associate on the Trade Programme at the Centre for Economic Performance, and a Research Fellow of the Centre for Economic Policy Research.

She completed her MS and PhD from the University of Wisconsin-Madison and has been a member of the UK’s Trade Modelling Review Expert Panel and LSE’s Economic Diplomacy Commission in the past. She is currently a Director of the Royal Mint Museum and a member of the Steering Group for “The Economy 2030 Inquiry” research project.

According to the UK government’s Treasury department, the appointment of external members to the MPC is designed to ensure that the committee benefits from thinking and expertise in addition to that gained inside the Bank.

Each member of the MPC has expertise in the field of economics and monetary policy and are independent and do not represent particular groups or areas.

Ms Dhingra was reportedly appointed following an open recruitment process run by the Treasury, based on recommendations to Mr Sunak by a panel of advisors.