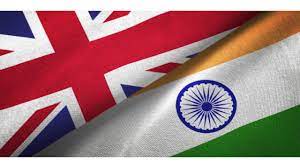 LONDON: India-UK Commonwealth Dialogue at Director General (DG) level was held on May 5, 2022 in New Delhi. The Indian delegation was led by Shri Prakash Gupta, Joint Secretary (UN- Political) Division along with officials from Ministry of External Affairs. The UK delegation was led by Ms. Jo Lomas, UK Commonwealth Envoy, and officials from the Foreign, Commonwealth and Development Office (FCDO), and the British High Commission in Delhi.

Both sides exchanged views and agreed to deepen their cooperation on a wide range of issues relating to the Commonwealth. They also discussed arrangements and outcome documents to be adopted during the upcoming Commonwealth Heads of Government Meeting (CHOGM), to be held in Kigali, Rwanda, in the week beginning June 20, 2022.