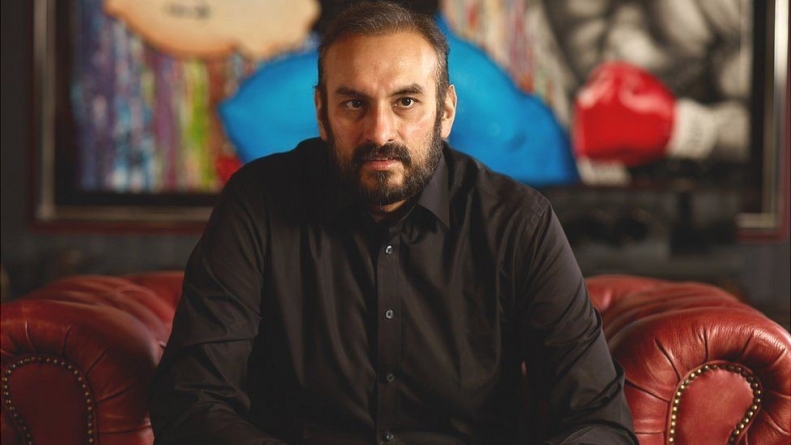 LONDON: Just minutes into watching Dune, it’s easy to see why it won an Oscar for its visual effects.

The sweeping majesty of the desert comes alive in Denis Villeneuve’s epic sci-fi film based on Frank Herbert’s 1965 novel. Critics have called it a “colossal spectacle” with “arresting, filigreed and meaningful” designs and textures.

But what few know is that Namit Malhotra, the 46-year-old CEO behind the company that crafted Dune’s stunning visual effects, started his journey in India – and specifically Bollywood.

The desert planet of Arrakis – where this saga of love and war unfolds – was designed in astounding detail by London-based visual effects and animation company DNEG. Its team of visual effects artists and engineers made nearly 1,200 VFX shots of the film’s 1,700 – the film’s VFX supervisors told BBC Click that each element was designed to “heighten the photorealism of Villeneuve’s immersive vision”.

“What you actually experience is a function of production design, music, cinematography and many other parts coming together to create that world,” Mr Malhotra says over the phone from his office in London.

It’s a long way from the garage in Mumbai, India’s financial hub, where he launched his business in 1995. Now, he heads a global firm that has won seven Oscars.

He knew he would always be associated with the world of movies – his grandfather was a Bollywood cinematographer who worked on one of India’s first colour films in 1953, Jhansi Ki Rani. His father produced major Bollywood films, including Shahenshah, a 1988 cult classic starring superstar Amitabh Bachchan.

Just after he turned 18, Mr Malhotra told his father he wanted to become a director. But his father, who had observed how fast the movie business was changing, encouraged him to learn more about the craft of making movies, including what was happening on the technology side.

He said that Mr Malhotra “could direct films anytime” but tech was a gamechanger.

So, Mr Malhotra started a company, offering editing services to filmmakers. A year later, in 1995, he founded Prime Focus, which expanded to do post-production.

“When we started, we were constantly innovating. Everything we did was the first of its kind in India,” Mr Malhotra says.

In 2004, they brought a motion-control rig – a robotic crane used for special visual effects – to India for the first time.

“It was a complicated tool. It would take four hours to set up on a shoot. Actors and directors would say, ‘What is this thing?'” he recalls.

By then, Indians had watched Hollywood spectacles such as the Lord of the Rings trilogy, which used technology such as the digital intermediate (DI) process to tweak colour and image characteristics.

“We were able to replicate that,” he says.

But as Prime Focus grew, Mr Malhotra says he found that Indian filmmakers were slow to adapt to the changes it offered.

“Change is very hard in the film business. They’re comfortable with how they make their movies. It was a struggle to get everybody to latch on to new technology,” he says.

That’s when he began thinking of expanding abroad.

“What gave me confidence was that we could do this in India at one-fourth the price. So why couldn’t we leverage this and take it to the West?”

Prime Focus – which listed on Indian stock exchanges in 2006 – soon entered the US and the UK by acquiring smaller post-production companies.

In 2010, it was the first company to convert an entire Hollywood ﬁlm – Clash of the Titans – from 2D to 3D.

Since then, the company has won six more Oscars for visual affects, including for Tenet and Interstellar.

Mr Malhotra is still actively interested in the Indian film industry and is one of the producers of the upcoming Bollywood superhero movie Brahmastra.

“The spend on VFX is going up. These films are ground-breaking in the sense that we haven’t seen a period film that has used visuals effects to bring in such a ‘wow’ experience” he says.

Why has India, which started making movies more than a century ago, not produced a film like Avatar or Interstellar?

“Our filmmakers have a different reference point for cinema,” Mr Malhotra says – Nolan, for instance, regards Stanley Kubrick’s sci-fi epic 2001: A Space Odyssey as the benchmark of filmmaking.

“So when Nolan wants to make an Interstellar, he’s thinking of how can he push the boundaries of filmmaking and storytelling like that film did in 1968,” he says.

Indian directors, on the other hand, turn to the country’s own rich film history for inspiration.

“If director and actor Raj Kapoor was very popular with a certain kind of filmmaking in the 50s and 60s, there are more movies which will take a piece out of that cinema rather than give you a Star Wars or Space Odyssey.”