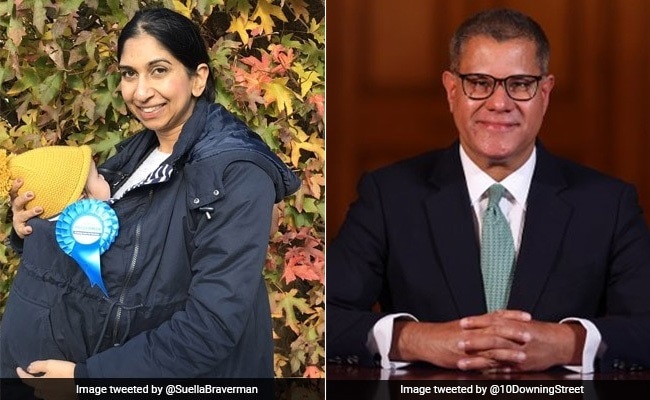 LONDON : Britain’s Indian-origin ministers in the new Cabinet, Suella Braverman and Alok Sharma, will attend their first meeting at 10 Downing Street under the leadership of British Prime Minister Liz Truss.

For Suella Braverman, 47, it’s a case of a fresh start as she moved Cabinet offices from that of the Attorney General to take on her new role as Home Secretary.

The London-born barrister and member of Parliament for Fareham in south-east England, of Tamil and Goan heritage, took charge at the Home Office soon after her appointment by Liz Truss on Tuesday evening.

“Great to be at the UK Home Office this evening to meet the team as we begin our work: making our streets safer, supporting our security services and controlling immigration,” Ms Braverman tweeted.

She takes over the frontline role from fellow Indian-origin Brexiteer, Priti Patel, who resigned earlier this week after Truss was confirmed as Boris Johnson’s successor at Downing Street.

The legality of Priti Patel’s agreement to deport some asylum seekers to Rwanda in Africa is currently being examined by the High Court in England. Humanitarian groups have called for the new administration to scrap the controversial deal aimed at controlling illegal migration figures but Liz Truss backs the action, which means her new Home Secretary would have to work on implementing it.

Ms Braverman also faces a tough to-do list in other major areas of Home Office responsibility, including crime and policing at a time when the number of recorded crimes stands at a record high while the proportion prosecuted is at a record low.

For Agra-born Alok Sharma, 55, it’s more of the status quo as he stays in his climate action post as the President of the United Nations Climate Change Conference COP26. He had attracted much praise for his handling of the COP26 Summit in Glasgow, Scotland, last November in his advocacy for the global transition towards more sustainable and green energy sources.

“Delighted to continue working with Prime Minister Liz Truss to deliver on the Glasgow Climate Pact,” he tweeted.

The Tory MP for Reading West in southern England has held UK ministerial positions in the Business, Trade, Housing and Employment departments since he was elected to Parliament in 2010.

He worked in the corporate sector before his entry into politics and has been working towards implementing the actions agreed between nations at last year’s COP26 Summit in Scotland.