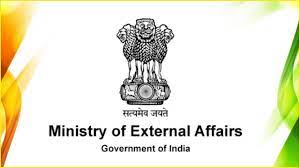 The dignitaries unveiled books of Jataka Tales translated into Thai, Korean, Vietnamese, and Chinese languages. A comprehensive video of e-ITEC courses offered by the Ministry on Buddhist teachings was shown during the event. Hon’ble Minister inaugurated the interactive Coffee Table E-Book on Buddhist linkages with ASEAN and East Asian countries.

The digital exhibition titled ” Bodhicitta: Interweaving Buddhist Art Traditions from India Across Asia” curated by National Museum was displayed. The Ministry presented an Interactive Template for use by Missions for orientation visits by school/college students to Cultural centers/Missions for better understanding of India’s Buddhist linkages.

Azadi ka Amrit Mahotsav is an initiative of Government of India to celebrate and commemorate 75 Years of progressive India and the glorious history of its people, culture and achievements.