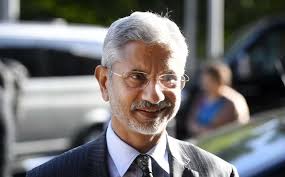 KIGALI: Dr. S. Jaishankar, External Affairs Minister (EAM), will be visiting Kigali from June 22-25 to attend the 26th Commonwealth Heads of Government Meeting (CHOGM). EAM will be leading the Indian delegation to the CHOGM, which had earlier been postponed twice due to Covid-19 pandemic.

EAM will be representing Prime Minister of India at the Commonwealth Summit on 24-25 June, as well as attending the pre-CHOGM Foreign Ministers’ Meeting on June 23 in Kigali.

During the visit, EAM is expected to hold several bilateral meetings with his counterparts from Commonwealth member states and other visiting dignitaries. EAM would also be interacting with members of the Indian community at a reception to be hosted by the Indian High Commission in Kigali.

The Commonwealth provides an important platform to deepen India’s engagement with Commonwealth members, in particular the Small States (SS) and Small Island Developing States (SIDS). India is also one of the largest contributors to the Commonwealth and has assisted the organisation with technical assistance and capacity building. In 2018, India announced the creation of a Commonwealth Window, dedicating US$50 million for development projects and assistance to developing countries of the Commonwealth.