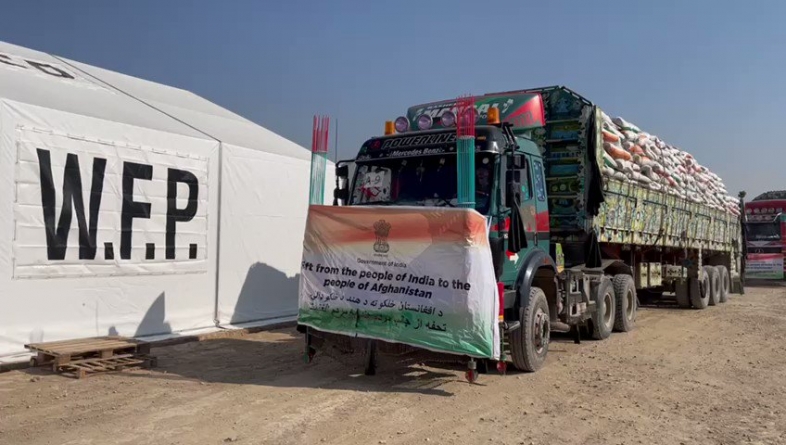 KABUL: Government of India and the United Nations World Food Program (UNWFP) signed the second ‘In-kind Contribution Agreement between the Government of the Republic of India and WFP for the donation of next batch of 10,000 MTs of wheat to the People of Afghanistan’. The Agreement was signed between Joint Secretary (UNES), Shri Srinivas Gotru and WFP Country Director, Mr. Bishow Parajuli. The first Agreement was signed in Rome last month.