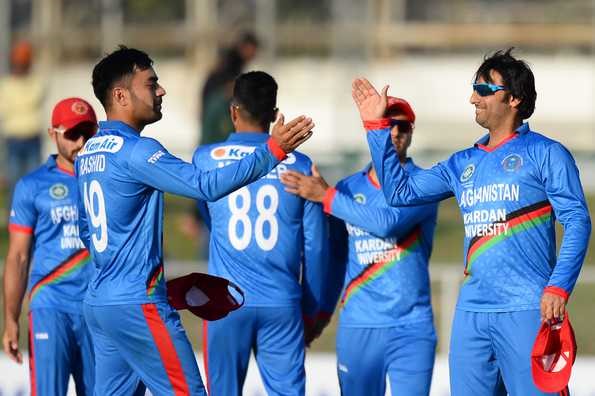 KABUL:
The upcoming three-match ODI series between Afghanistan and Ireland has been
hit by uncertainty as Ireland aren’t ready to accept a change of venue from UAE
to Oman. Cricbuzz understand Afghanistan will travel to Oman instead of
UAE on Tuesday as they failed to obtain visas for the latte

”Yes we are going to Oman tomorrow
and we are expecting to play the three ODI’s in Oman,” Afghanistan Cricket
Board media manager Hikmat Hasan confirmed Cricbuzz on Monday.

The three ODIs, which are part of
International Cricket Council’s World Cup Super League, were originally
scheduled to be played at the Sheikh Zayed Stadium in Abu Dhabi but now the
series is expected to be played Al Amerat Cricket Ground (Ministry Turf 1) in
Oman..

While Ireland have already reached
Abu Dhabi to prepare for the series, the host haven’t, and are instead now
working out a way to take on Ireland in Oman.

When contacted, Cricket Ireland
media manager Craig Easdown told Cricbuzzthat they are yet to take a
decision in this regard.

”We are in Abu Dhabi to play as
agreed. Afghanistan is trying to change the venue. We haven’t yet agreed in a
change of venue,” said Easdown.

The three matches are scheduled
respectively on January 18,21 and 23.