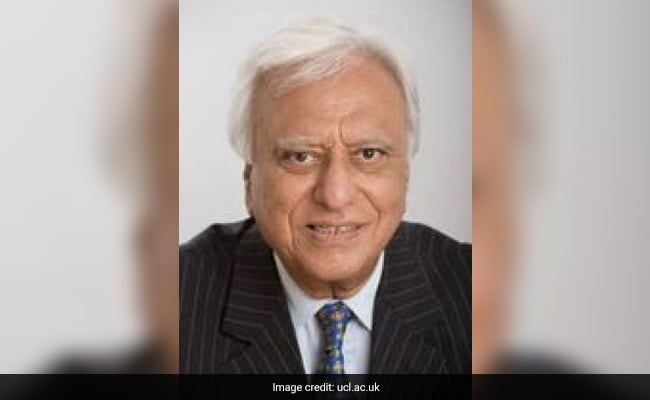 JOHANNESBURG: World-renowned South African
Indian-origin academic Prof Hoosen Mahomed “Jerry” Coovadia has described
the COVID-19 pandemic as something he has never seen in a career of over six
decades.

Prof
Coovadia, now retired at 80, was speaking from his residence in Durban after
the launch of the 7th edition of his seminal textbook “Paediatrics and
Child Health”, 37 years after he first published it.

“Coronaviruses
have been around for a long time, but I’ve never seen a disease like
COVID-19,” he told the weekly Saturday Independent as he confirmed that
both he and his wife Dr Zubie Hamed have been vaccinated against the deadly
virus.

According
to Johns Hopkins University tracker, the number of confirmed cases in South
Africa are 1,557,527 and 53,256 people have died.

Internationally
acknowledged for his groundbreaking research in HIV/AIDS transmission from
mother to child, Prof Coovadia said COVID-19 in children was mostly mild,
but could be worse if there were other underlying conditions such as
tuberculosis.

Prof
Coovadia’s research, which focused on the subject of breastfeeding reduced
transmission of HIV/AIDS infections to children from 40 mothers per 100 births
to just one per hundred.

“Mother
to child transmission has almost been wiped out,” he said, citing the
antiretroviral drugs now available.

Commenting
on the latest edition of the book, published by Oxford University Press, Prof
Coovadia told the weekly: “Back in 1984, all the (medical) books we had
were British. There was no textbook in the developing world, which particularly
addressed the problems of children in Southern Africa.”

“That
was the impetus to start writing, but I have to highlight it was a team effort
and I collated research from many friends and colleagues from different
universities,” he said.

The only
major changes to the book are subjects such as drugs, which have changed over
the years, he said.

After
completing his undergraduate studies at the University of Natal, Prof Coovadia
gained his medical degree in Bombay, where many of his peers at the time went
to study medicine due to the highly limited positions for this at South African
universities.

Apartheid-era
quota systems gave most of the positions at universities to the minority white
community.

After
further studies in the UK, he returned home to rapidly rise through the ranks
at his Alma Mater until his retirement, doing what he said he loved most –
teaching students.

In a
previous interview he explained that it was during his student years in India
that his political activism was awakened.

He became
active in the struggle against apartheid upon his return, participating in the
preliminary discussions and negotiations at the Congress for a Democratic South
Africa, the precursor of final negotiations, which led to Nelson Mandela being
installed as the country’s first democratically elected President.