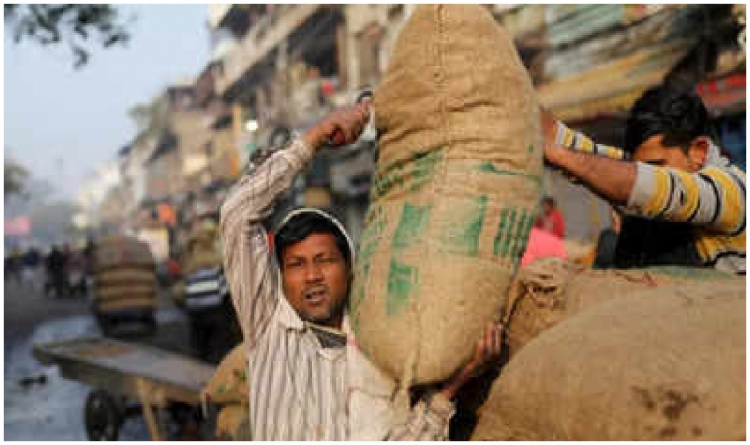 JAKHARTA : Indian economy has zero chances of slipping into recession, even amidst persisting global challenges, a survey by Bloomberg economists showed.
Surging prices of oil and energy in wake of the Russia-Ukraine war has had an adverse impact on almost all economies of the world. This has pushed central banks to rethink their monetary policy measures in an attempt to support growth.

Fears of prolonged recession were fuelled by a sharp uptick in inflationary pressures and less than anticipated recovery in demand. All this at a time when economies were gradually recovering from the Covid slump.

For India, surging domestic prices of key commodities is mainly on account of imported inflation. Retail inflation based on consumer price index stood at 7.01%. In April, it had jumped to 8-year high of 7.79%.
The Reserve Bank of India (RBI) has raised interest rates by 90 basis points so far this year to 4.9% and is set to add more in coming months. Recently, RBI governor Shaktikanta Das said inflation was unlikely to fall within the top end of its mandated target band until December.

Risk for some Asian economies

The survey by Bloomberg further said that risk of recession in a handful of Asian economies is rising as higher prices spur central banks to accelerate the pace of their interest rate hikes.

Sri Lanka, which is in the midst of its worst economic crisis ever, has an 85% probability of falling into recession in the next year, up from a 33% chance in the previous survey — by far the highest increase in the region.
Economists see a 20% chance that China will enter recession, and a 25% likelihood that South Korea or Japan will enter one.

Asian economies have largely remained resilient compared to Europe and the United States, the survey said.

Bloomberg economists also raised their expectations for a chance of recession in New Zealand, Taiwan, Australia and the Philippines to 33%, 20%, 20% and 8%, respectively. Central banks in those places have been raising interest rates to tame inflation.

Surging energy prices have hit countries such as Germany and France the most, with a spillover effect impacting the rest of that region, said Steven Cochrane, chief Asia Pacific economist at Moody’s Analytics Inc.

Bloomberg Economics’ model puts the chance of a US recession at 38% within the next 12 months, up from around 0% just a few months before. That model incorporates a variety of factors ranging from housing permits and consumer survey data to the gap between 10-year and 3-month Treasury yields.