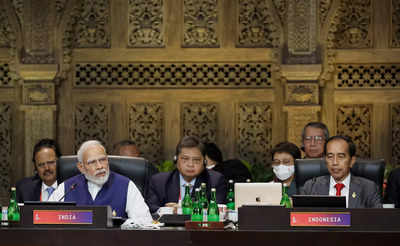 JAKARTA: Religious scholars from India and Indonesia will come together on Tuesday to dwell on concerns like radicalisation and extremism during a dialogue on “role of ulemas in fostering a culture of interfaith peace and social harmony”.

The discussion will be spread over three sessions — Islam: Continuity and Change; Harmonising inter-faith society: Practice and Experience; and Countering Radicalisation and Extremism in India and Indonesia.

The timing of the dialogue on peace and role of ulema (religious scholars) is significant given that it comes after the G20 summit in Indonesia held earlier this month where the assertion on measures to counter terrorism formed part of the “Bali Declaration” adopted by member-countries including India. The declaration states that member-countries “recognise the need for the international community to step up their efforts to effectively combat terrorism financing”.

India will officially assume the G20 presidency from December and Tuesday’s dialogue is being seen as a step to send a strong message.

IICC president Sirajuddin Qureshi said he is hopeful that the deliberations will reinforce the message of peace and help quell misconceptions being spread by certain elements about Islam. “Indonesia has the second largest population of Muslims in the world and therefore if they, along with India, deliberate on issues of interfaith harmony it sends a strong message,” Qureshi said.