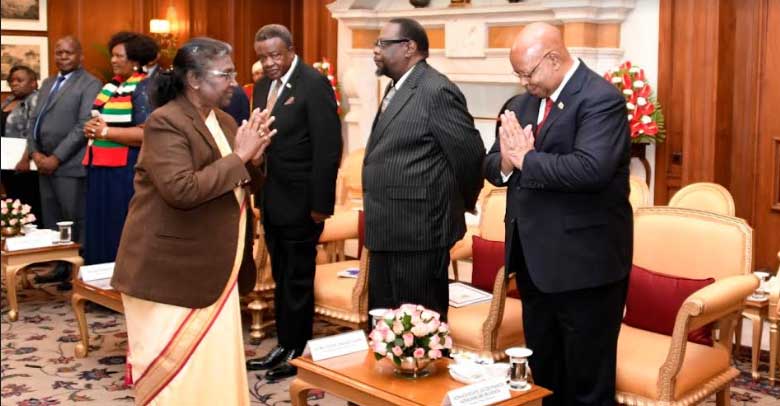 Welcoming the delegation to Rashtrapati Bhavan, the President said that relations between India and Zimbabwe are centuries old. The presence of about 9000 people of Indian origin in Zimbabwe is an important link between our people.

The President was happy to note that India’s economic relations with Zimbabwe are progressing well. The trade between India and Zimbabwe is around $200 million. Indian companies have invested about $500 million in Zimbabwe. India has provided five lines of credit to Zimbabwe, and has also set up a vocational training centre. She was also happy to note that the ITEC and ICCR scholarships from India are popular among Zimbabweans. She said that we should make more efforts to enhance our bilateral cooperation.

The President said that Parliament represents the voice of the people. There should be more interaction and exchange between our two parliaments. We have a lot to learn from each other.

The President said that India is the world’s largest democracy. Our strong and vibrant democracy starts from the grassroots level. It truly represents the people of this country. She expressed confidence that the delegation would learn more about India’s democratic systems during this visit.