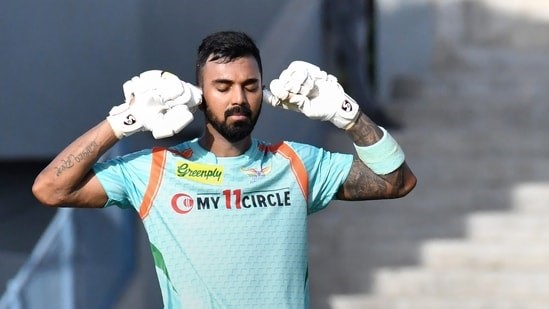 DUBAI: Lucknow Super Giants captain KL Rahul has been among the runs in the 2022 Indian Premier League (IPL) and in has been one of India’s most dependable batters in the shortest format in recent years. His good form was testified by the fact that on Tuesday, Rahul became the fastest Indian to reach 6000 runs in terms of innings in T20 cricket.

Rahul has reached the mark in just 179 innings at a strike rate of 138.18. Virat Kohli, who previously held the record for the fastest Indian to the mark, had taken 184 innings to get there.

Rahul is one of just two players to have managed to score a century this season in the IPL and is only behind Jos Buttler, the other player to have reached the three-figure mark, in the Orange Cap standings for 2022. On Tuesday, however, he fell on 30 off 24 balls with LSG chasing a target of 182. c

Rahul is only behind West Indies great Chris Gayle (162 innings) and Pakistan captain Babar Azam (165) in the all-time list. Among Indians, Shikhar Dhawan is third on the list behind Rahul and Kohli, having reached the mark in 213 innings while Suresh Raina (217) is fourth. India and Mumbai Indians captain Rohit Sharma is fifth, having got to 6000 runs in 218 innings.