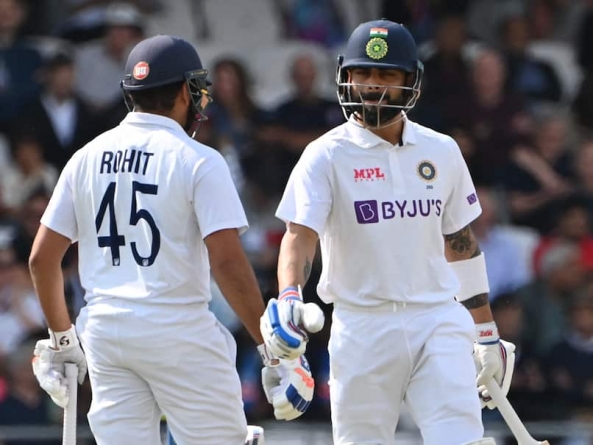 DUBAI: Bangladesh’s Liton Das and Sri Lankan veteran Angelo Mathews have made valuable gains in the ICC Men’s Test Rankings after fine performances in the drawn first match while there has been no movement in latest top-10 list issued by the world body. In the batter’s list, Marnus Labuschagne maintained his pole position while India captain Rohit Sharma and his predecessor Virat Kohli remained static at eighth and 10th place respectively.

Similarly in bowling, Pat Cummins (901 points) has a 51-point lead over his nearest rival Ravichandran Ashwin, who is followed by countryman Jasprit Bumrah.

With only Sri Lanka and Bangladesh engaged in a WTC series, it was inevitable that players from those two nations earned points.

Wicketkeeper-batter Liton has moved up three places to 17th after notching 88 in Bangladesh’s only innings, while Player of the Match Mathews’ knock of 199 in the first innings has lifted him five places to 21st among batters in the list led by Australia’s Labuschagne.

Mushfiqur Rahim and Tamim Iqbal are other Bangladesh batters to advance in the latest weekly rankings update after scoring centuries that took Bangladesh to a total of 465.

Mushfiqur, who notched 105, is up four places to 25th, while Tamim has gained six places to reach 27th position following his innings of 133.

In the rankings for bowlers, Bangladesh all-rounder Shakib Al Hasan has inched up one place to 29th after finishing with four wickets in the match, while off-spinner Nayeem Hasan’s career-best figures of six for 105 in the first innings see him progress nine places to 53rd.

Sri Lanka medium-fast bowler Kasun Rajitha has moved from 75th to 61st after taking four wickets and Asitha Fernando is now in the top 100 of the list led by Australia captain Cummins.