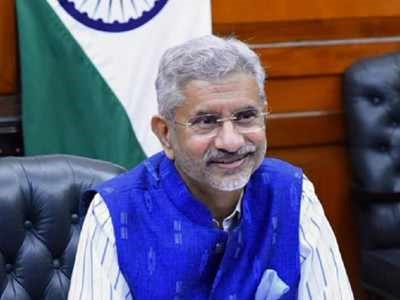 COLOMBO:
Continuing the engagement in the neighbourhood, foreign minister S Jaishankar
will travel to Sri Lanka on a official visit on Tuesday. An official statement
said, “He will hold discussions with his counterpart and Sri Lanka’s leadership
on the entire gamut of bilateral relations.”

Jaishankar had been among the first to congratulate Dinesh Gunawardane when he was
appointed foreign minister in Mahinda Rajapaksa’s cabinet. He was also the
first to land in Colombo to greet the new government after the polls.

PM Narendra Modi held the first virtual summit with his counterpart Mahinda
Rajapaksa in September. The MEA statement said, “This will be the first foreign
visit by EAM in 2021, and also the first by a foreign dignitary to Sri Lanka in
the New Year. As such, it signifies the priority both countries attach to
strengthening ties in all spheres of mutual interest.”

In the past few months Rajapaksa has shown signs that he might revive the close
ties he had with China. India is looking to get an all-clear for its big
projects in Lanka, which didn’t go through even during the years of Maithripala
Sirisena.