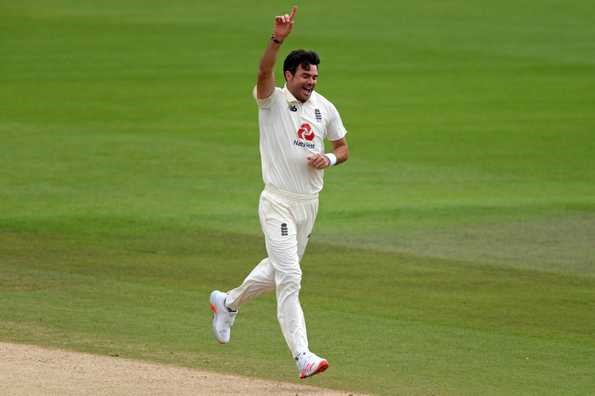 COLOMBO:
Last week, along with the other England bowlers in the tour party for Sri
Lanka, James Anderson was training outdoors in Loughborough, under a heated
tent, while the temperatures were in minus digits and it was snowing outside.
As preparation goes for the expected 30 degree heat and intense humidity of
Galle, it was hardly ideal. But at least it was something. “It was better
than bowling with snowballs in my back garden,” Anderson joked.

It has been a surreal few days for
Anderson and the rest of the tour party. On arrival in Sri Lanka on Sunday
(January 3), England’s squad were met at Hambantota airport by an army of staff
in hazmat protective suits, spraying them with disinfectant and performing
COVID-19 tests, which all returned negative. They will now be confined to their
hotel rooms until Tuesday when they will be allowed to begin training ahead of
the two Test series provided a second set of tests comes back negative.

“It was pretty unusual,”
Anderson told journalists on Monday. “But from our point of view – we
spoke about it after – it made us feel really safe. With Sri Lanka having
fairly low cases, they’re taking every precaution to make sure they stay safe
over here, so it was understandable those measures were taken. Yes, it looked
unusual with all the hazmat suits, but it’s better to be safe in this situation
and we totally understood and got on with it.”

On Anderson’s three previous tours
to Sri Lanka, he has had to show a fair amount of understanding, albeit for
other reasons. Although he says he loves touring the country, it has not been a
particularly happy hunting ground for the 38 year-old. Anderson was part of the
England team walloped by an innings and 215 runs in Colombo in 2003 – he failed
to take a wicket – and then was dropped on the 2007 tour after a poor opening
match in Kandy. At that stage, his Test career had stalled badly.

He returned five years later a far
more rounded bowler and the leader of England’s attack. A haul of 5 for 72 at
Galle in the first Test, including dismissing Kumar Sangakkara for a golden
duck, showed his improvement and was a rare bright spot in his six Tests to
date on the island. Two years ago, he cut a frustrated figure once more as the
pitches spun, turned and then spun some more, rendering him a bit part player.
He took just one wicket in 41 overs across two Tests.

Whether Anderson will be similarly
frustrated on this trip remains to be seen. Given the development of Sri
Lanka’s seam attack in the past two years, and the relative scarcity of proven
Test spinners in their ranks, it could be that the pitches in Galle, where both
Tests are to be played, offer the fast-bowlers something to work with. That
would certainly bring a smile to Anderson’s face. But regardless of what the
surfaces do, he believes there will be scope for the fast-bowlers to have an
impact on this tour.

“Going on the last couple of
tours, spin has been a huge part of a success,” he said. “The wickets
have really suited the spinners, but we’ve a good pace attack here. You’re
still in the game. There are still opportunities to take wickets. There’s
reverse swing; the new ball does swing. I’ve had some success at Galle before
as have some of the other seamers. It’s not all doom and gloom.

“We’ve got to be ready to put
in a big shift over these next two Tests. Our job might be about shorter spells
and less overs in the day but there are definitely still opportunities to take
wickets.”

The year ahead is a big one for
England and their fast-bowlers. They will play ten overseas Test matches against
Sri Lanka, India and Australia – eleven if you count the final Ashes game in
early 2022 – and if England are to succeed in those assignments, the seamers
are going to have to play a key role. Sure, in Sri Lanka and India, spin will
be vital too. But England won’t win either of those series unless the quicks
pull their weight.

On paper at least, England have a
well-rounded cartel of fast-bowlers for the challenges ahead. They have pace
and aggression in Mark Wood, Olly Stone and Jofra Archer, who has been rested
for the Sri Lanka series. In Sam Curran, they have left-arm variety and
Anderson, Stuart Broad and Chris Woakes provide accuracy, skill and experience.
Saqib Mahmood, Craig Overton and Ollie Robinson are solid back-up.

“It’s always great to have that
depth,” Anderson said. “We’ve seen from every team that has been
successful in Australia and away from home in particular, it’s important to
have a good squad of bowlers, where anyone can slot in and do a good job for
the team. There will be injuries along the way, and rotation, we need a big
group of bowlers. That’s what we’ve got, and we’ve got quality in there as well
which is really exciting.”

Depth and quality on paper is one
thing but performances are quite another. England’s fast-bowlers have had their
moments on flat overseas pitches but have too often been unable to provide the
sort of incisiveness required. On the last tour of Sri Lanka in 2018, England’s
fast-bowlers averaged 43. In India in 2016, they averaged 50.95. In Australia
in 2017/18, it was 43.27. Conditions were often difficult on those tours. They
might be so again. Regardless, England’s quicks need to do better.

In ten Tests in those three series,
Anderson himself averaged 36 with 22 wickets. It is a record he could also do
with bettering in the next 12 months. He certainly has all the skills in his
armoury to be able to do so. He swings the ball, conventionally and reverse, he
can bowl off and leg cutters, and has a classy wobble seam delivery. His
accuracy is claustrophobic. He may not bowl at 90mph but that is about the only
thing he cannot do with a ball in his hand. Of all England’s bowlers, Anderson
remains their most potent overseas seamer.

But as many are quick to remind him,
Anderson is not getting any younger. He will certainly not play all six Tests
in the next two months. Other England fast-bowlers will need to step into the
breach, find ways to prize out wickets, ensure they keep the pressure on.
Anderson has been able to do that for about as long as anyone can remember. The
challenge for the rest of England’s quicks this year is to emulate him.